BEND, OR -- The covered bridge at Bowery Lane, on the north side of Bend, has reopened, more than a month after suffering heavy damage. In early April, residents in the area discovered what appeared to be substantial damage caused by an oversize vehicle.

Initially it was unclear whether the bridge would be rebuilt. Much of the work over the past month was done by volunteers, and includes new "low clearance" bars on both sides of the span. 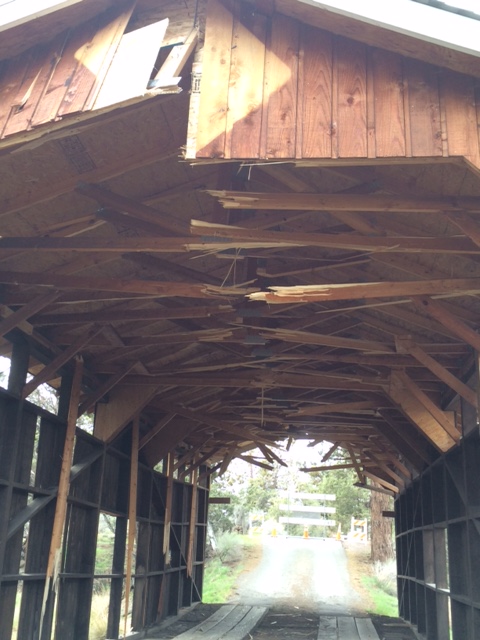