BEND, OR -- Central Oregon’s only wildlife rescue facility is bursting at the seams, this summer. Dr. Jeff Cooney, full-time volunteer veterinarian and President of High Desert Wildlife Rescue tells KBND they're taking in five to 10 new animals each day, right now. "With all the nesting birds and all the mammals are having their litters. It’s a beautiful time of year, people are outdoors and we see a lot of people encountering wildlife. Many times there are babies out there that need to be rescued, but there are other times those babies are better off with their parents." Dr. Cooney says it's better to contact them before touching an animal if you're not sure whether it actually needs rescuing.

Dr. Cooney says, despite the rise in patients, they try not to turn any away. "If there’s a way for us to make space, we do. Sometimes, the kitchen floor where we do food prep might have an osprey in a playpen, then a great blue heron in another one, and a porcupine in a third one. It looks a little crazy in there sometimes, but that’s actually a good way to keep an animal safe and quiet and protected while it’s healing."

The non-profit opened its facility east of Bend two years ago, and saw about 200 animals that first year. "Last year we saw 900. This year, we’re not even through the year, and we’re already at 900. We’re probably going to get up to 1,500 animals this year, maybe 2,000. We really can’t predict. I think the more people know about us, the more people call, the more animals we get and the more help we need," Says Dr. Cooney.

He and his volunteers respond to wildlife calls 24/7, and work with local law enforcement, Fish and Wildlife and Oregon State Police, along with the general public. Animals are treated for injuries or illness and returned to the wild, when possible. 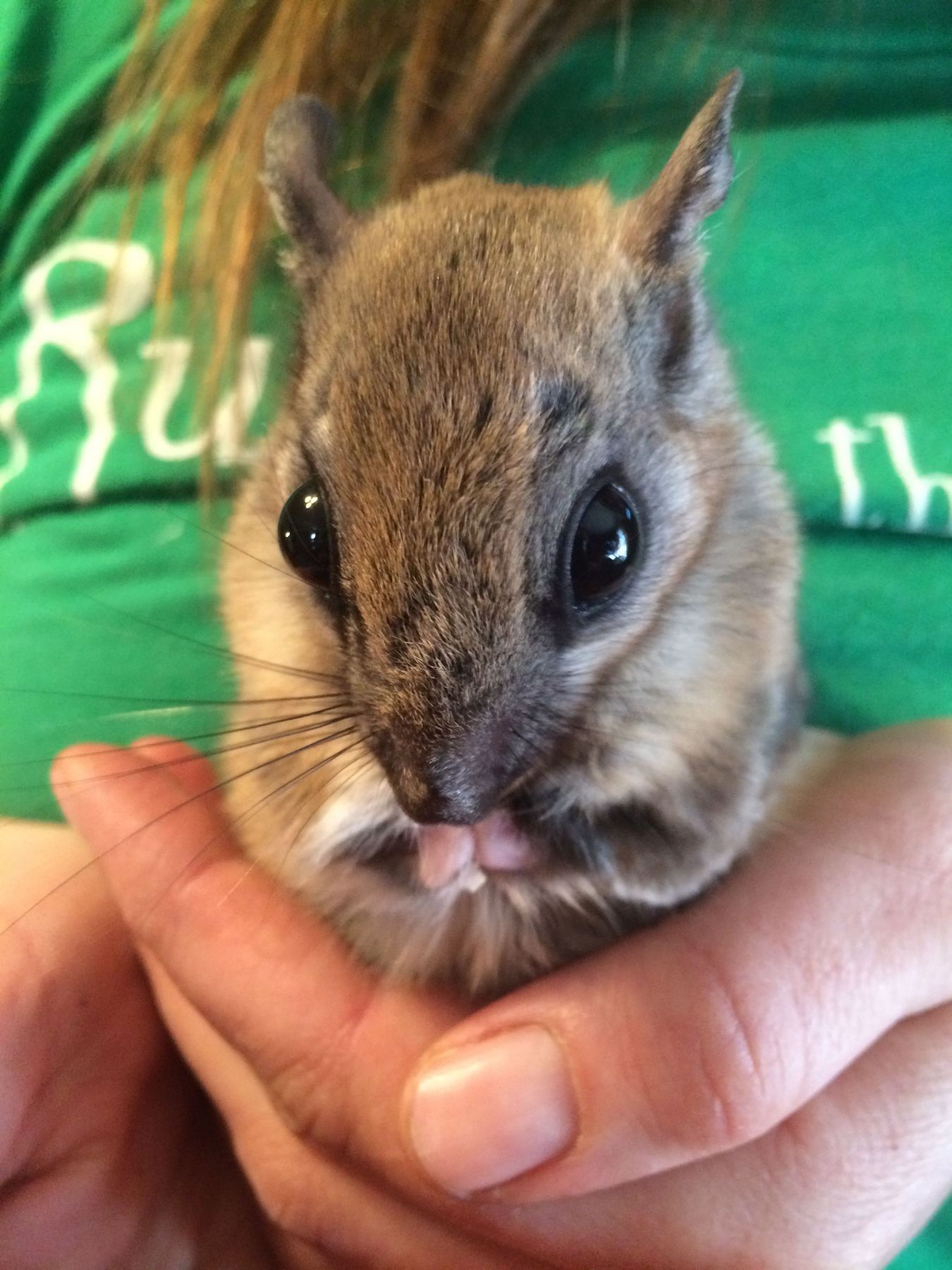 "Iggy" is a flying squirrel who lost his paws in a wildfire and wasn't able to be returned to his natural habitat.

He has become the mascot for High Desert Wildlife Rescue.