REDMOND, OR -- Redmond High School Principal Tony Pupo is clarifying Thursday morning's events that forced the school into what the district refers to as a "lock-in." On the school's Facebook page Friday, the principal issued a statement saying a student arrived at school with "the broken end of a JROTC drill rifle that had been taken home to repair." The school initiated safety protocols in accordance with district policy.

Redmond Police later determined that the report of a weapon on campus was actually the broken drill rifle and students returned to normal activities. The lock-in lasted about 10 minutes, during first period.

Pupo said in the post another incident earlier in the week involved a student who violated school policy by bringing hunting knives in a vehicle. In that incident, Pupo said, "There was no disruption to classrooms, the school day, or normal school operations." 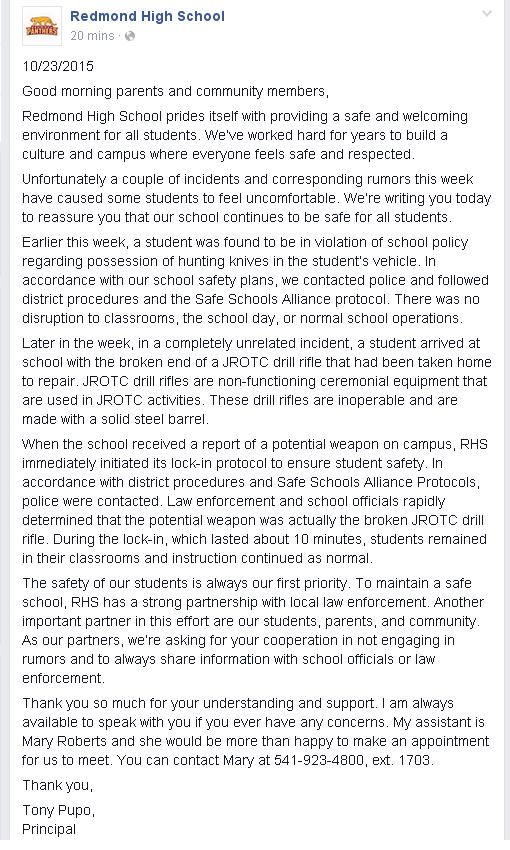