BURNS, OR -- Oregon veterans groups are again using a state highway to recognize those who have served in the armed forces. Dick Tobiason, with the Bend Heroes Foundation, helped install the first signs on Oregon’s World War I Veterans Memorial Highway, earlier this week. "We installed two WWI signs near Burns, on US 395. Eventually we’ll have 11 signs on that highway. It was done to honor the 44,000 Oregonians who served in World War I, the 1,066 who died and the 1,800 who were wounded."

But, Tobiason tells KBND News, they're not quitting there. "Now we’re doing the Korean War on I-5, and the Purple Heart Trail on I-5. And, why would we wait decades and decades to honor our youngest veterans from the Persian Gulf/Afghanistan/Iraq wars? So, we’re putting up 11 signs on U.S. 101, probably our prettiest highway in Oregon. And, we’re going to put signs up next week."

Highway 97 is already designated as World War II Veterans Memorial Highway and I-84 is recognized for Vietnam vets. Tobiason says, "Our legacy to Oregon is six border-to-border highways, totaling 2,037 miles, honoring every combat war veteran to ever serve from Oregon." 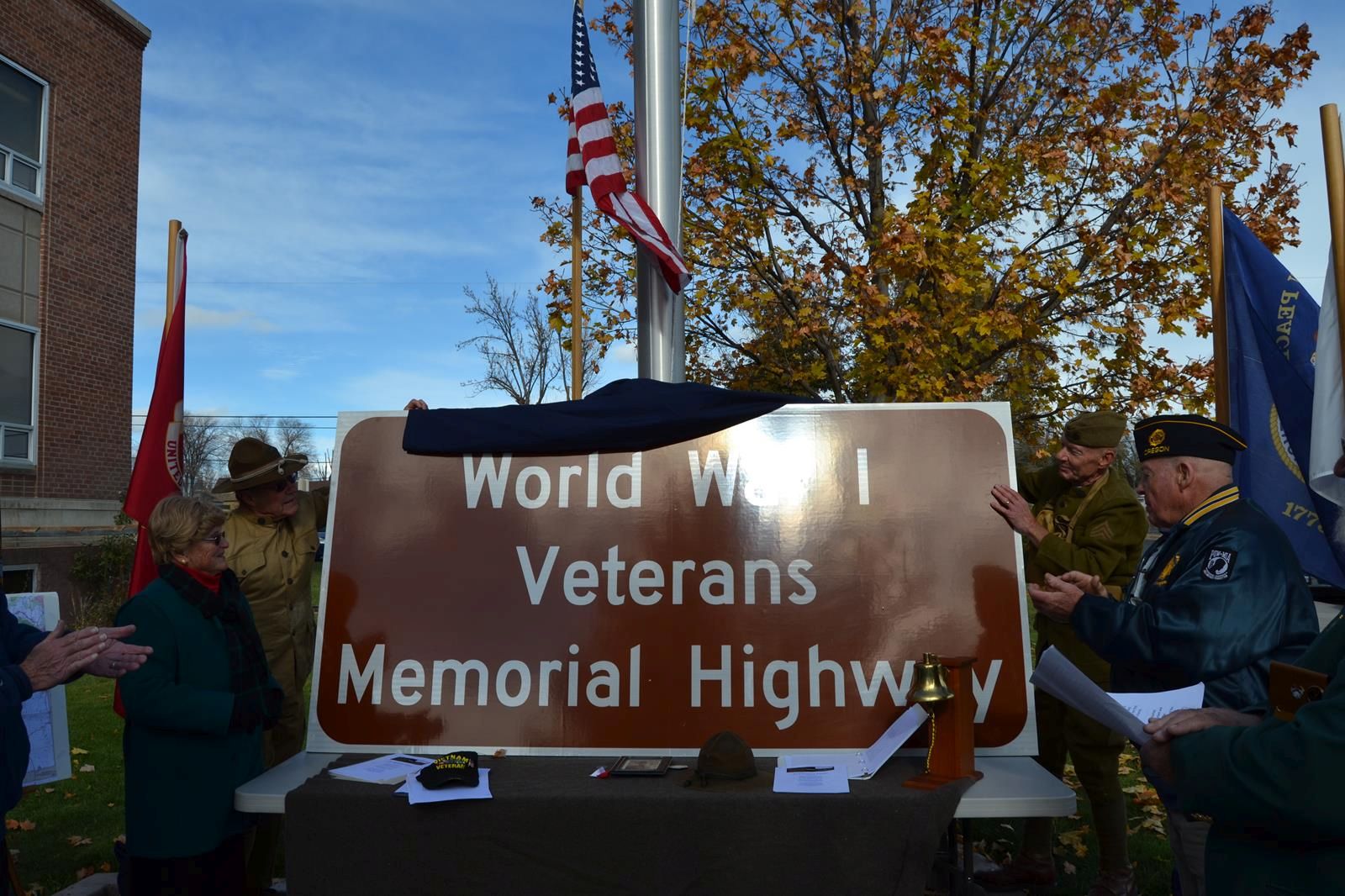