BEND, OR -- Detectives with the Central Oregon Drug Enforcement (CODE) Team arrested five people following the search of a southeast Bend home. The team executed a search warrant at the SE 27th Street residence on November 11, after a month-long investigation.

According to detectives, 30-year-old Jenna Olmsted of Bend was supplying a number of people with heroin and methamphetamine on a regular basis.

Officers stopped 21-year-old Felicia Williams, of Salem, and 25-year-old Joshua Chaney, of Bend, as they left the house just before 12:30 p.m. on November 11. A subsequent search of their vehicle led to the discovery of user amounts of meth, heroin, drug paraphernalia, mushrooms, prescription pills and drug records.

Just before 3 p.m., detectives contacted Olmsted and 32-year-old Bobby Brittle, of Bend. A search of their vehicle led to the discovery of user amounts of meth and heroin, drug paraphernalia, scales and cash.

They then searched the home, at about 6 p.m. and arrested 23-year-old Christopher Farrar. Investigators seized user amounts of heroin, drug paraphernalia, scales, packaging material and other evidence from inside the residence. All five are accused of drug possession and a number of other charges. 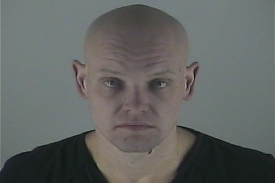 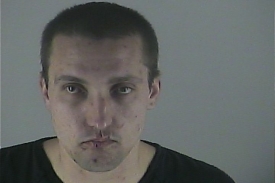