PRINEVILLE, OR -- Crook County deputies say a Prineville driver was involved in a Wednesday night rollover crash. The driver, 42-year-old Richard Harlan, was southbound on Juniper Canyon Road at at 7:20 p.m. when he lost control while negotiating a curve.

Harlan's Chevy Monte Carlo came to rest on its top in the gravel shoulder of the southbound lane. He was not injured. 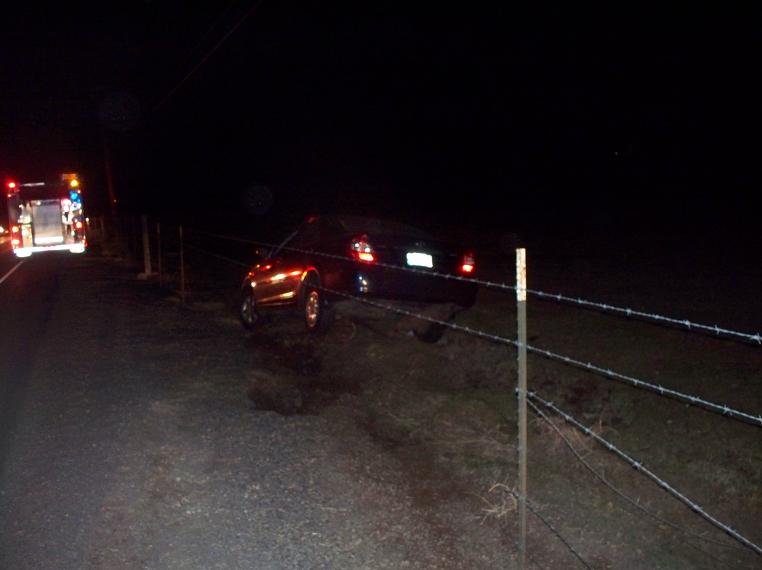 34-year-old Amy Buntjer, of Redmond, swerved when a small animal ran in front of her vehicle. She ran off the road and crashed through a barb wire fence, coming to rest in a field.

Medics evaluated Buntjer and her two small children, but all were unhurt.