BEND, OR -- A county K-9 deputy found a missing toddler, Wednesday night. Ryan Duffey called 911 when he discovered his three-year-old son had gone missing while his family was cutting wood off China Hat Road. 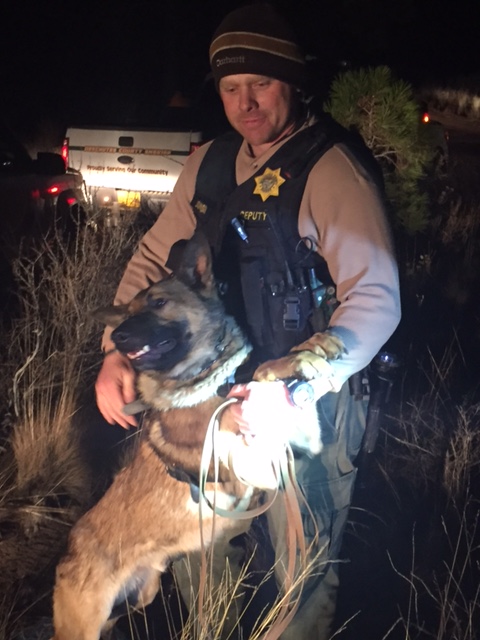 A dozen Deschutes County deputies and 20 Search and Rescue volunteers, along with
Forest Service Law Enforcement and Oregon State Police troopers were deployed to the area, shortly after 4:30 p.m.
The K-9 “Ezel” and two deputies tracked the boy after discovering his shoes about 200 yards away. Just before 6 p.m., they found him two miles away from the woodcutting site. He was cold, but otherwise OK, and was reunited with his parents.
Read All