COOS BAY, OR -- The front half of a boat, less than 20' long, washed up on the southern Oregon coast north of Coos Bay, Tuesday morning. The chunk of boat was discovered at sea, March 16. A Coast Guard crew attached a tracking buoy to the bow section and had been monitoring its direction.

Chris Havel, with Oregon State Parks, says, "Biologists will be looking for algaes and animals attached that, could either be potentially invasive, but would also give a clue as to its origin." He adds, "We all suspect it’s tsunami debris, from the 2011 tsunami that struck Japan, but the plants and animals attached really help the biologists zero in on where it actually came from." 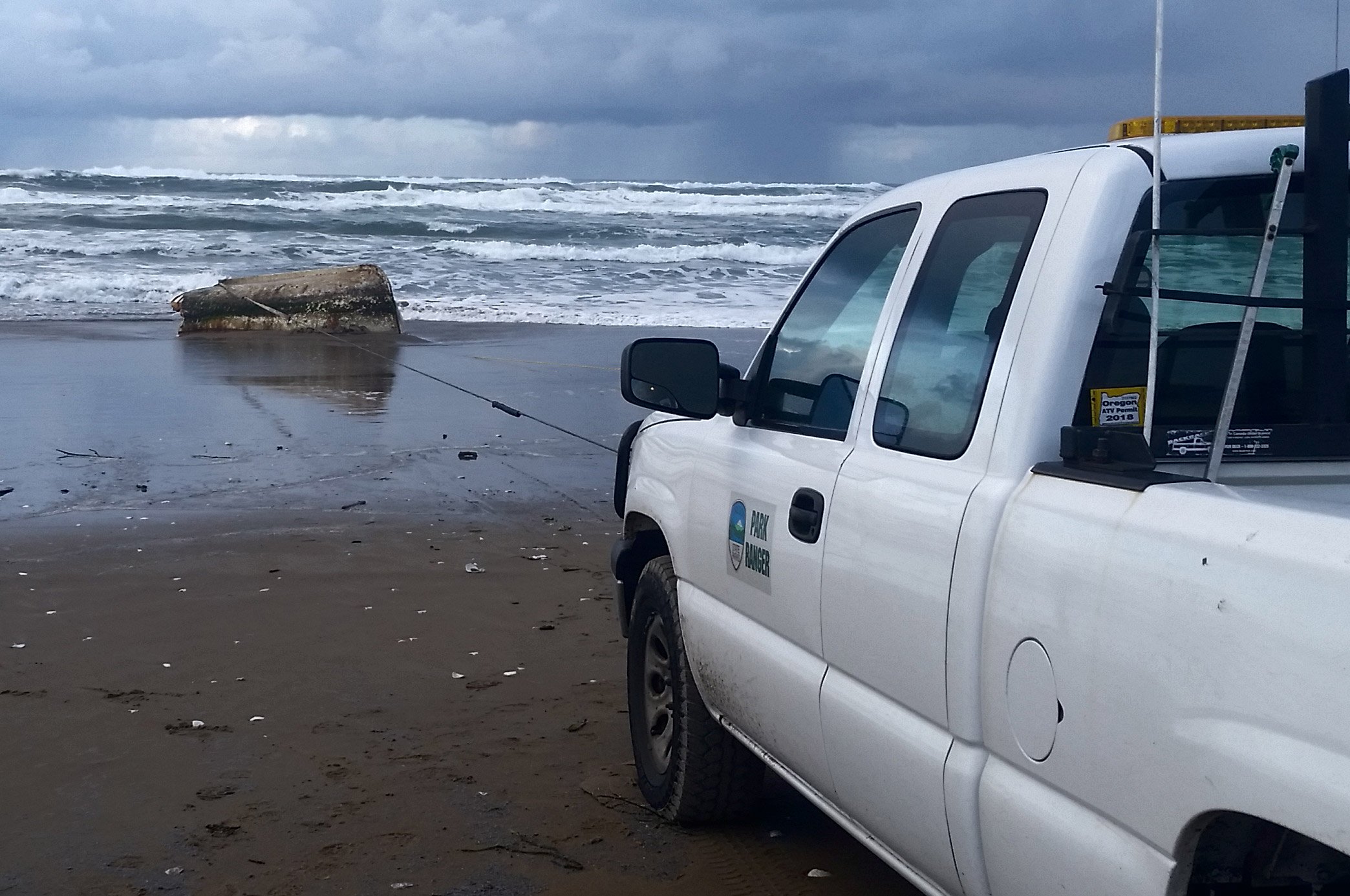 A salvage company will remove the boat and recycle anything that can be reused. The rest will go to a landfill.