REDMOND, OR -- A Redmond man faces a list of charges after a Friday afternoon police chase.

An officer tried to pull over a car for an expired registration when it took off through the downtown corridor.
After police deployed spike strips, the driver ran from the scene. That driver was identified as 42-year-old Glen Carroll; he was arrested after a short foot pursuit.
During the traffic stop, officers found over 10 grams of suspected methamphetamine. 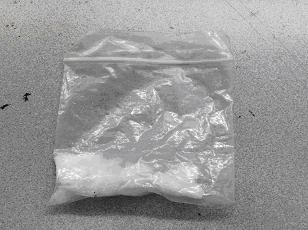