BEND, OR -- Five people were hurt in a rollover crash east of Bend, over the weekend.

According to Oregon State Police, 23-year-old Shawn Seagraves-Hall, of Redmond, was driving southbound on Powell Butte Highway, when his vehicle rolled multiple times, early Saturday morning.
Emergency crews had to pull the occupants out of the SUV and all five were taken to the hospital with injuries ranging from minor to serious. Seagraves-Hall was later cited at the hospital for Driving Under the Influence of Intoxicants and several other charges. 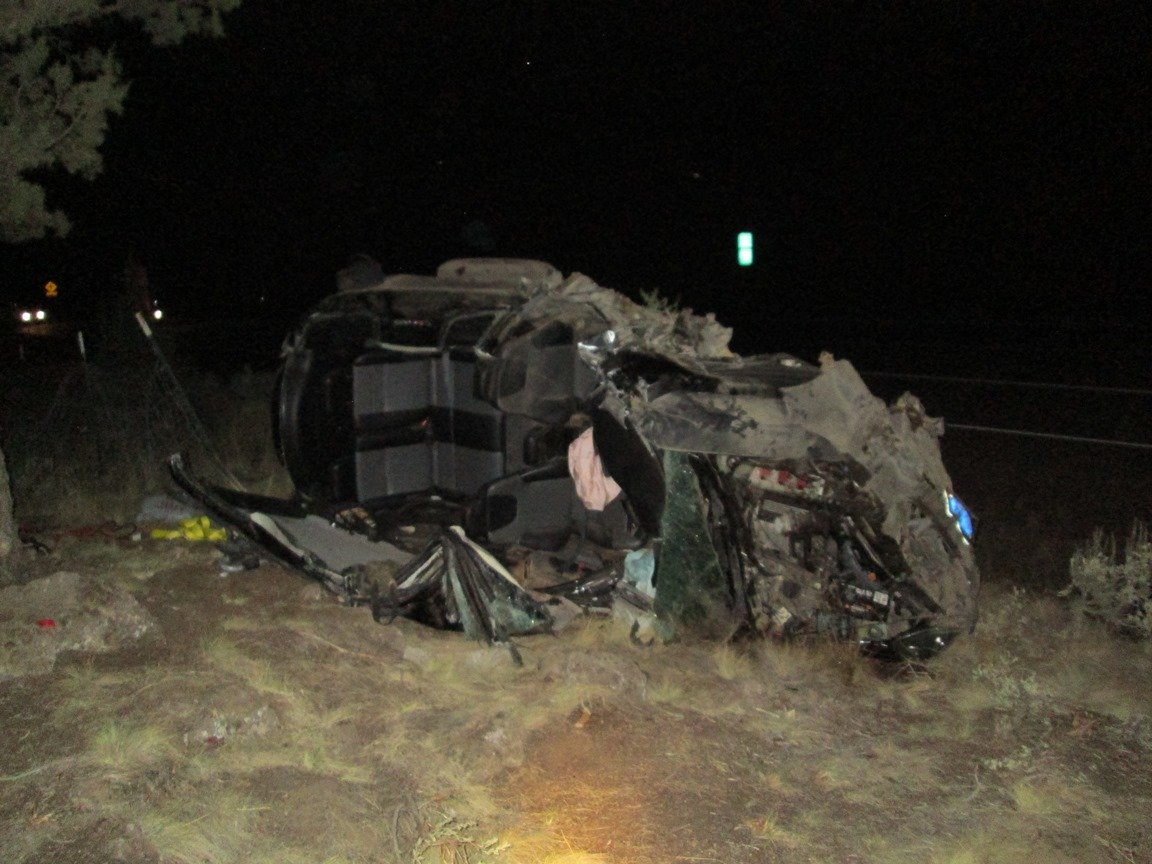