PRINEVILLE, OR -- A 16-year-old driver was rescued from her car after she crashed into a canal west of Prineville, Monday morning. When emergency crews responded to the crash on Highway 370, just before 8 a.m., good Samaritans were already freeing the driver ... they had to cut her from her seat belt.

Investigators say the Redmond teen  was eastbound when she drifted off the road, lost control and crossed the highway; the car rolled and landed in the canal on its top. The driver was later taken by private vehicle to the hospital with minor injuries.
Her father credits the quick measures taken by passing motorists for saving his daughter from drowning. 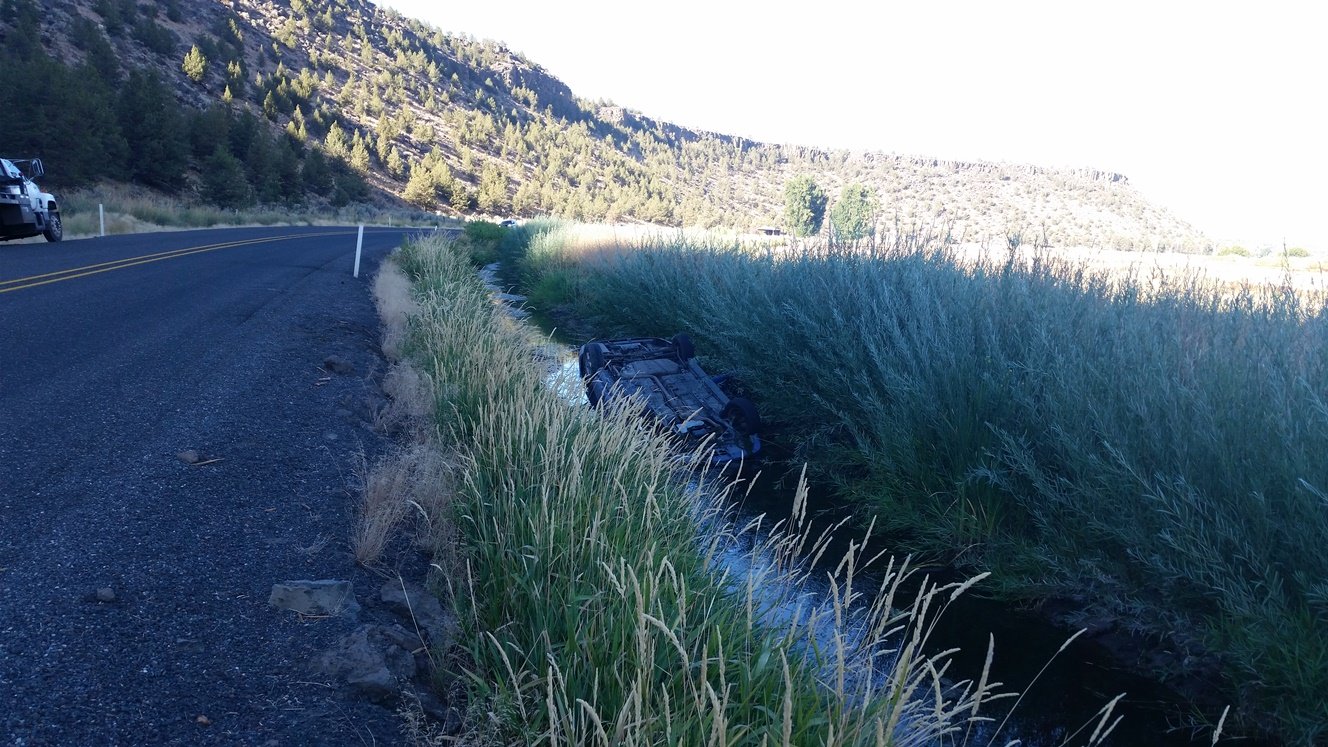