BEND, OR -- The Redmond officer, who struck an armed suspect with his patrol car last month, has been cleared of any wrongdoing. Deschutes County District Attorney John Hummel says Officer Cory Buckley was justified in his use of force on August 25, because he reasonably believed Sgt. Curtis Chambers was in danger. "Officer Buckley pulled up in his patrol car; he observed Gaskill pointing the gun at Chambers. Officer Buckley saw Gaskill approaching Chambers with his gun extended. Buckley saw Chambers using his car for cover; and Buckley heard Chambers warn over the radio of the risk of crossfire. Buckley accelerated his patrol car, and he intentionally struck Gaskill." Gaskill died of his injuries two days later, at St. Charles Bend. 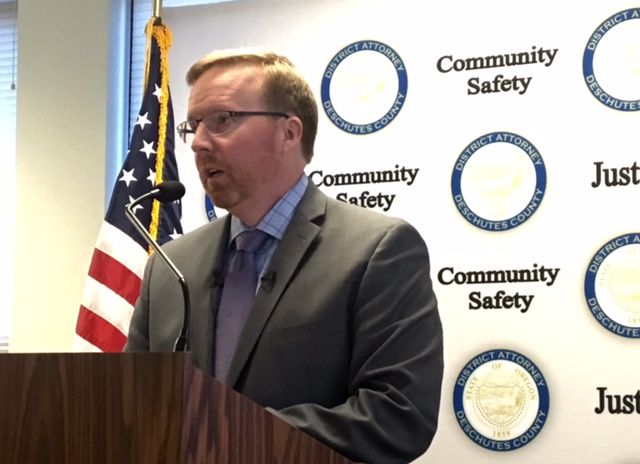 Prior to the deadly encounter, Hummel says Gaskill had been seen pointing a gun at vehicles, pedestrians and officers. At a Wednesday press conference, Hummel called Sgt. Chambers' response to Gaskill's actions heroic. "Chambers raised his handgun, prepared to shoot Gaskill from behind his car, using it as cover; but Chambers held his fire. He determined the risk to his fellow officers, who were behind Gaskill, and to patients and staff at the St. Charles Hospital building was too great. Instead, he waited. His plan was to wait until Gaskill was closer to him, thus increasing the risk to himself, but lessening the risk of missing Gaskill with a shot and endangering other people."

Police dash-cam video shows Gaskill pointing his weapon at Sgt. Chambers, and Chambers can be heard ordering Gaskill to put down the gun. When Gaskill continued to approach the Sergeant, Officer Buckley accelerated, striking the suspect with his vehicle. Officers immediately called for medics and the man was taken inside St. Charles Redmond. Hummel says the use of a patrol car as a defensive weapon was unusual but warranted, in this case, due to the threat posed to the public by potential crossfire. "Officer Buckley, with events moving quickly and the stress level high, he assessed the situation, he considered his options, he concerned himself with the safety of bystanders, he relied on his training, then he acted with laser-like focus. His actions saved the life of Sgt. Chambers." All of the officers involved have returned to duty. 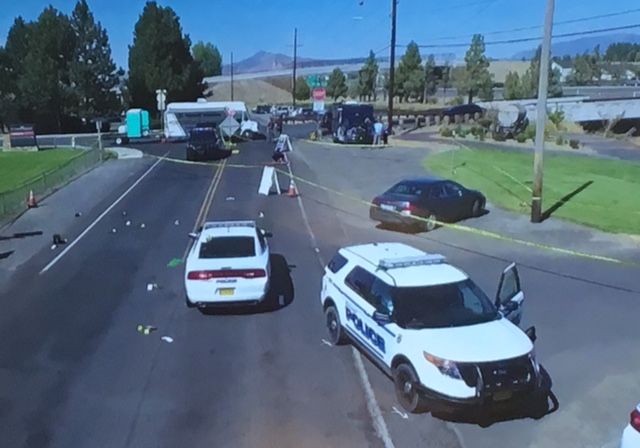 Click HERE to access the D.A.'s YouTube channel and view all released video related to the case.
Hummel says investigators don't know the true motive behind Gaskill's behavior, but he was in mental crisis. "He had recently received an eviction notice from his landlord, his neighbors report he was suffering from a physical illness that they believed contributed to a mental health illness, Gaskill’s former wife reports that he was struggling with addictions to drugs and alcohol, and that he thought he was being secretly monitored by the police." Hummel adds, "In the day before this incident, one of Gaskill’s neighbors called the police to report he was acting oddly." Police responded to that report but did not have enough evidence to take Gaskill into custody at the time.
Read All