BEND, OR -- The former Central Oregon Community College public safety officer accused of killing a woman on campus, earlier this summer, is due back in Deschutes County court, next week. Classes begin at COCC Monday, and school officials say they will provide additional security measures. "As we get ready to welcome back students, one of the things we’re talking about is how do we make students feel comfortable that they are safe on campus," Director of College Relations Ron Paradis says. "One of it is to stress the unusual incident that it was. It’s not something that there’s any reason to think it would reoccur in any way."

Paradis acknowledges some students may be wary of calling the Public Safety Department for help. "We’re going to make sure that, when students get out of class – we’ve always had an opportunity for them to call someone and have somebody walk them from their class to their car or back to the residence hall – we’re going to expand that and get some faculty and staff involved in that, as well." He adds, that person "Might be the faculty member they’ve had earlier in the day; might be somebody that’s helped them out in the Admissions Office. We’ll have other folks on campus, and have more than one person there so they don’t have to wonder ‘can I trust this one person?’ But, instead, there’s more than one person. We’re going to do that as the school year starts and see how that goes, and continue that as long as we feel it’s necessary."

Paradis says students will also be encouraged to walk in groups, especially at night. "We’re also going to talk to the students about them taking ownership of their personal safety, too."

No major changes are expected in officer hiring or training. Paradis says, "Strange as this might sound, we really feel like we’ve really put a lot into place in the last couple of years, as well. There were a lot of things we did after the Umpqua situation, as well. We feel like we’ve got a lot of good things in place; of course we’re reviewing all of those, right now. We’d done background checks on the person who is now in jail. There was nothing in his background to indicate this was a possibility of happening. It was a highly unusual and isolated incident. But, of course, we’re checking and double checking and triple checking in all those areas." 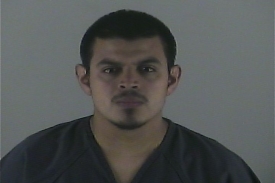 Edwin Lara is charged with Aggravated Murder. Investigators believe he tried to sexually assault Kaylee Sawyer on July 24, while he was on patrol. They say he then killed the 23-year-old woman to conceal his crime, and went on a crime spree stretching into northern California, while on the run. Her body was found in a dry canyon between Redmond and Sisters, two days after her disappearance. Lara is scheduled to appear in court again September 28.