BEND, OR -- A 60-year-old man was struck by a car and killed on North Highway 97, Wednesday morning. 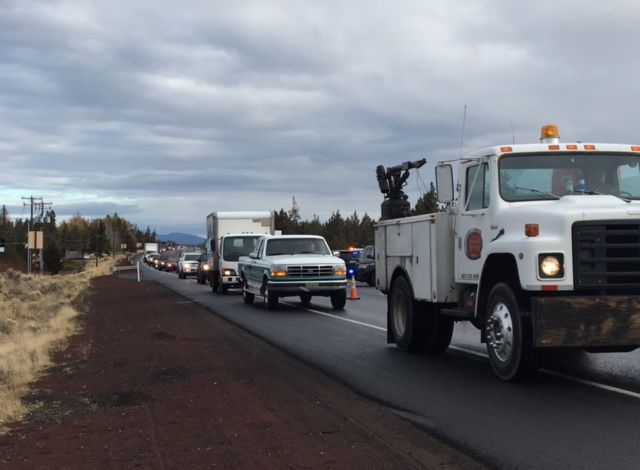 cooperating." He adds, "It did close down Highway 97 for a short time, then we were able to open up one lane both north and southbound, right around Grandview on the north end of town; it was shut down for almost two hours – or limited, for almost two hours."

The driver of the involved vehicle has not been named. Lt. Burleigh does not believe he was under the influence of drugs or alcohol. "Everything’s still being investigated. It’s an ongoing process, so those are things that we obviously look for; but I don’t have any information that would lead us to believe anything in that direction at this time."

UPDATE: Thursday morning, Bend Police released the names of those inovlved in the crash. The victim was identified as Richard Kurner, a 60-year-old Bend transient; Police say the vehicle was driven by 31-year-old Jesse Shaw, also of Bend. The investigation is ongoing.
Read All