Posted About Six Years Ago by Brad Ford

SALEM, OR -- Oregon Governor Kate Brown released her recommended budget for the 2017-19 biennium, Thursday. She says the state faces a $1.7 billion budget gap over the next two years, which means significant cuts, "To higher education, natural resource agencies and programs for vulnerable populations. This is both unavoidable and absolutely unacceptable."

Brown says there are revenue increases in her plan. "It closes the budget gap through a combination of budget cuts and new revenue. The new revenue increases include increases in tobacco taxes, hospital and insurance company assessments to help pay for healthcare and fills other gaps by closing loopholes in the tax code. She calls this a short-term fix and a starting point while continuing to focus on education, health care and job creation. 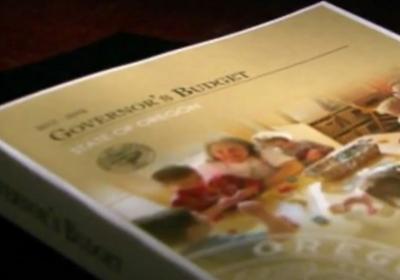 In response, House Republican Leader Mike McLane (R-Powell Butte) says he's disappointed with her recommendations, and he blames Democrats in Salem for putting the state on an unsustainable path. He issued a statement saying, "There will be much debate over the next few months over how to address our budget situation. My hope is that before we consider asking our community employers and working families to make up for the lack of financial discipline in Salem, Governor Brown and legislative Democrats will commit to having an honest conversation about our state's unsustainable rate of spending. Until we are willing to have this conversation and address the root of our budget problems, we will continue to experience the same kind of budget challenges we are facing today."