PRINEVILLE, OR -- A Prineville man was arrested, following a brief weekend police chase. According to officers, 23-year-old Jeremy Steele refused to pull over on Northwest Fourth, and ultimately crashed on Ryegrass Road, northwest of Prineville. 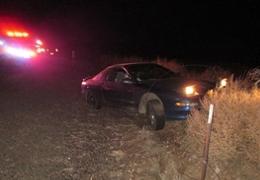 He tried to run from the scene but was eventually caught and taken into custody.
Steele has felony warrants in Crook and Deschutes County, and now faces additional charges including driving while revoked and eluding police. He’s also charged with theft in connection with other open cases.
Read All