REDMOND, OR -- Redmond Police arrested a 17-year-old from Aumsville after he allegedly eluded police and crashed into a canal, early Wednesday morning. An officer tried to pull over the pickup at about 1:30 a.m., but lost sight of it in southwest Redmond. A few minutes later, the truck reportedly hit a snow berm and flew over a canal, landing about a hundred feet away. The driver left the scene and was found near the Comfort Suites at about 5 a.m.

Investigators say he had permission to borrow his grandparents pickup but drove it from Marion County to Redmond without their knowledge.
He was treated for minor injuries and arrested for a list of charges. The vehicle was totaled and towed from the scene. 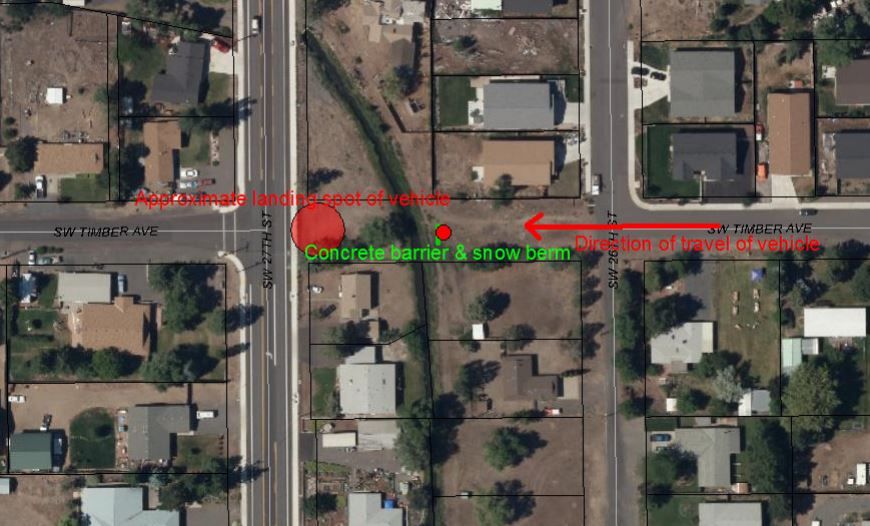