LA PINE, OR -- A Deschutes County Sheriff's K-9 Unit tracked a wanted man to a tree in South County, Friday afternoon. According to the Sheriff's Office, deputies spotted 32-year-old Robert Edmondson just after 2 p.m. at a home on Green Forest Road in La Pine. He had a felony warrant for a parole violation, and was recently indicted in Deschutes County for Burglary. 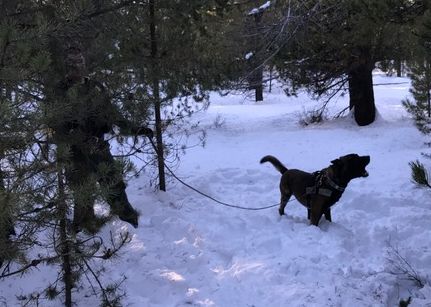 When the deputy attempted to contact Edmondson, he allegedly ran from the property. Deputies and State Troopers set up a perimeter and they tracked him through the snow and forested terrain for more than a mile. K-9 Deputy "Brolo" found the suspect hiding about 30' up a tree near Buena Vista Drive. He was given verbal commands to climb down, which he complied. 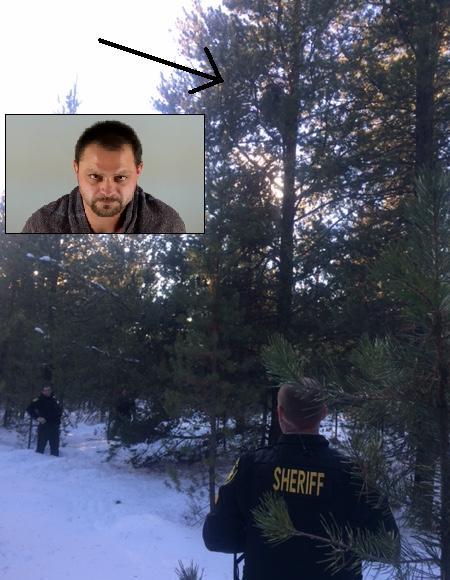