Posted About Six Years Ago by Kelly Bleyer

BEND, OR -- Bend-La Pine Schools officials are now laser focused on the district's roofs, after one roof collapsed from the weight of all the snow.

Staff at Highland Magnet School at Kenwood discovered debris near the gym, when they got to work, Thursday morning. But, it wasn't until the sun came up that they realized the roof had collapsed sometime in the night. Dave Howe, with Bend Fire, says recent snowfall proved too much. "You can see how much snow collected on the roof. It looks to me that the snow was at least two-feet deep up there on the roof. That is a lot of weight." Crews demolished the building, Thursday.
The gym was built in the 1950s and had a flat roof, which made it more vulnerable. "A building like this built today would probably be built to higher standards," Howe tells KBND News. "Not only that, but when you have a flat roof and you have decades and decades of snowstorms, just like this one here, with snow piling up, it weakens the structure over the span of time." The school itself is a separate building and is much older than the gym. So far, officials say it appears fine.
All Bend-La Pine schools will remain closed through the Martin Luther King Jr. Day holiday. "Once this was discovered, the school district took the action of closing all the schools, sending everybody home, so they could make a very thorough assessment of all of their buildings." Howe adds, "They feel very strongly that they're completely responsible for the safety of thousands of kids and don't want anything to go wrong. Thankfully there was nobody in this building when it collapsed."
Two other districts followed suit and shuttered schools, Friday. 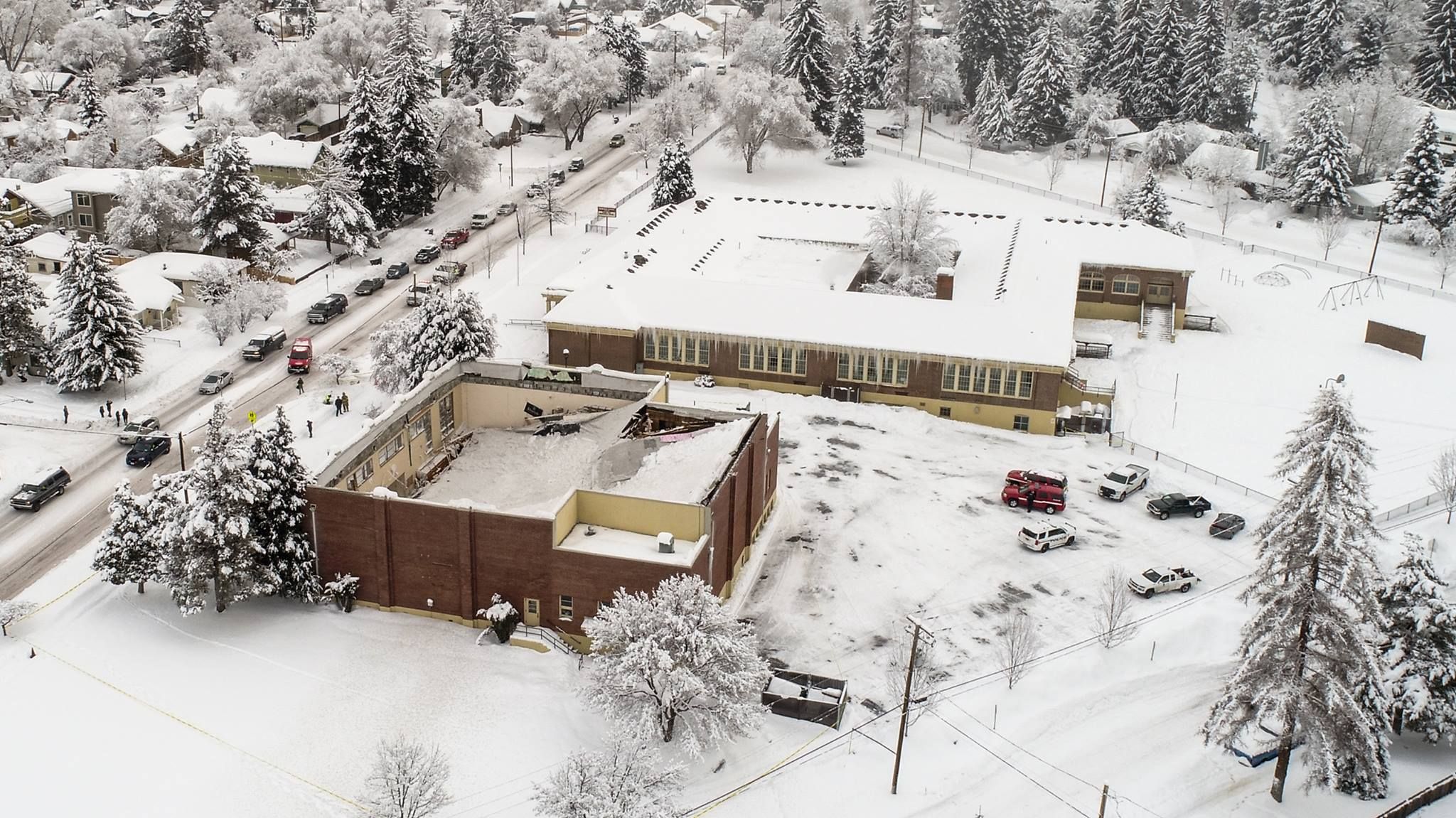