BEND, OR -- Fire investigators blame a clothes dryer for a fire that caused about $25,000 in damage to a home on Northeast Canyon Park Drive, Friday afternoon. They say residents were alerted by smoke detectors and safely evacuated. 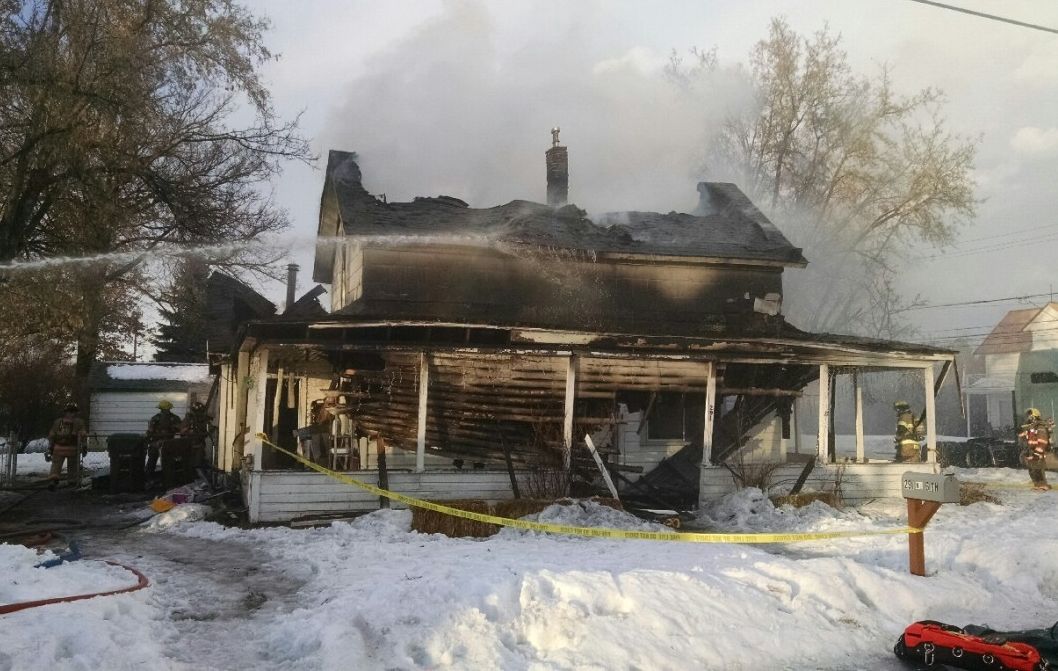 Saturday afternoon, Crook County Fire and Rescue responded to an attic fire at a two-story home in northeast Prineville (right). The home was a total loss and the Red Cross is assisting the family of five. The cause of that blaze is under investigation.

And, Early Sunday morning, Bend firefighters responded to a Widgi Creek condo, after an explosion blew the front off a garage (pictured above). Investigators say the propane meter was buried by several feet of snow when nearby roofs were cleared. A pipe had broken adjacent to the meter in the garage wall, filling the garage with propane until it found an ignition source. The explosion and fire left about $90,000 in damage. No one was in the condo at the time and someone in the adjacent unit discovered the fire.
Read All