REDMOND, OR -- “Senioritis” isn’t new, but Redmond High took what some students are calling drastic steps to combat rampant absenteeism. Principal Paul Nolan announced this week the senior parking lot is now open to everyone, until the senior attendance rate improves.

According to Nolan, the senior attendance rate, last week, was just 73%. The other three grades averaged about 90%. He tells KBND News half of the seniors have missed over 10% of the school year, which puts them at risk of not getting a diploma on time. Although, he admits attendance isn’t specifically tied to graduation. "But what does happen is, as those students are not coming to school, it’s much harder for them to pass their classes and as seniors, you don’t have a lot of wiggle-room. What we will see in the spring, as seniors get closer to graduation, here, there are a number of them that are going to struggle in classes. We can help students that come to school. If they’re not here we can’t help them; and we want to help them."
He meets with class representatives Thursday to discuss the plan, which he hopes will encourage positive peer pressure – with students convincing each other to get to class. But, he says the biggest influence on students is still parents. "If we could just ask our parents to continue to remind their students that every class matters. Some students have told me that they didn’t come and so they just had it excused by their parent. Regardless if it’s excused or not, the student wasn’t here to learn and so we really need everybody here, every single period."
All students parking at Redmond High must purchase a permit; everyone pays the same amount. For about five years, the lot at the front of the school has been reserved for seniors and visitors, with lower-classmen parking on the side or back of the building. Nolan says there is still ample parking for everyone. He told the class they can earn back the privilege by bringing their rate into the upper 80% range. "I think that there’s a lot of power in they a class uniting around a purpose. This class does amazing things and if they decide they’d like their exclusive use of their parking lot back and they encourage their classmates to come, I think we’re going to see an increase in their attendance." And, he says it’s already working. The day after his announcement, senior attendance was up to 83%.
THURSDAY MORNING UPDATE: Seniors are reportedly protesting the move by parking "every which way" in the front parking lot, which - until this week - was reserved for seniors and visitors. They are still allowed to park in the lot, but so is everyone else, until seniors raise their attendance rate. Principal Nolan is scheduled to meet with class representatives after school. 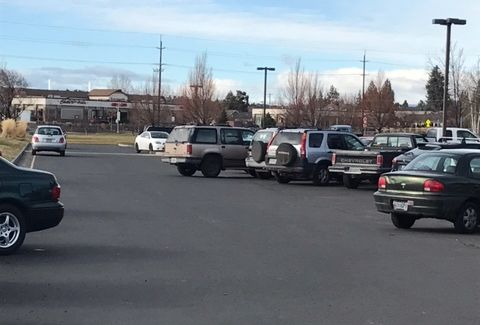 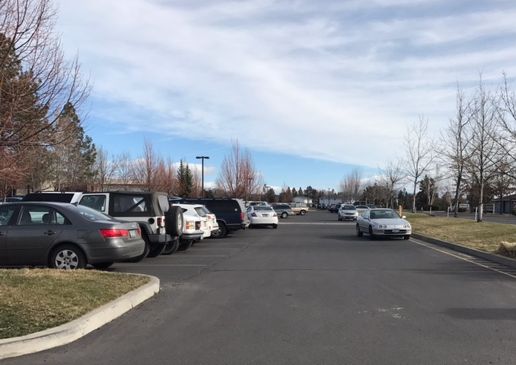