BEND, OR -- A photo from a local artist is featured on the U.S. Postal Service's latest Forever stamp. "Honey Bee on a Ragwort Flower" was snapped by George Lepp, a professional photographer who lives in Bend.

Lepp tells KBND News he was surprised his work was chosen as part of the new Pollinator series of stamps, "I have these images with an agency in New York and somebody with the Postal Service, or with the agency working with them, went and looked in the files. They needed a bee or some pollinators and they chose this particular image, which was actually taken with film. It was taken at least 15 years ago because we haven't used film since the early 2000s." He's pleased the shot is gaining recognition, "It's very random, in a sense, and the fact that it was, I guess, well done in the first place; even though it was done that long ago, and even though it's on film, it's still being able to be used in a nice way."

Lepp has taken nature shots professionally for most of his life. "I'm the Field Editor for Outdoor Photographer Magazine and I give seminars all over the country for Canon Camera. I'm part of their program for Canon 'Explorers of Light,' so they fund me to go and give talks all over the place. This is what I do, and I've been doing it for 45 years."
The pollinators series of Forever stamps will be released Thursday by the U.S. Postal Service. 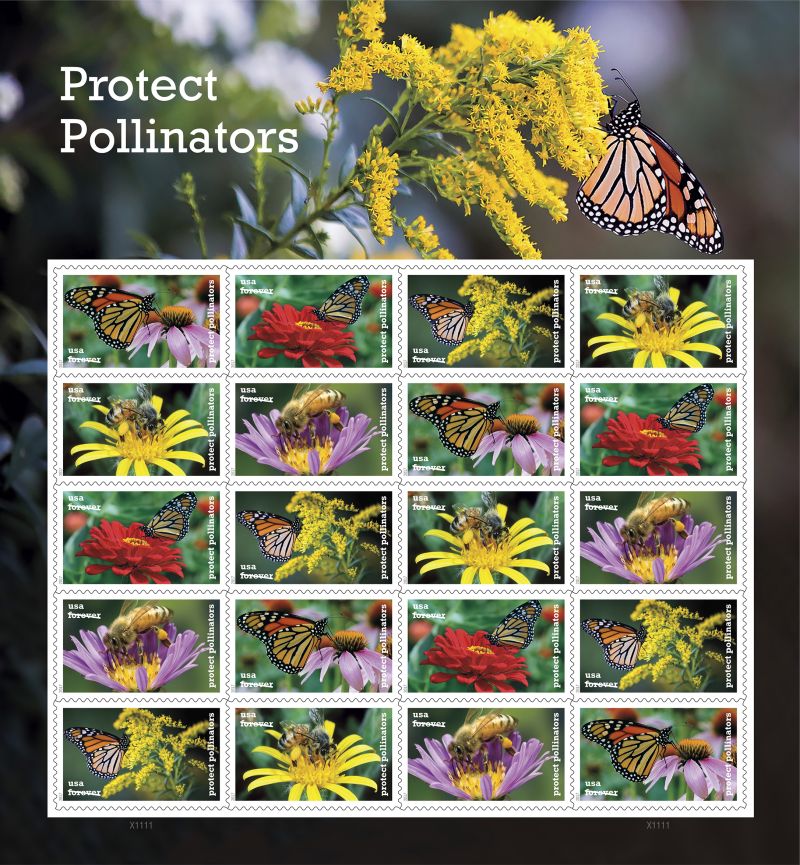