BEND, OR -- Central Oregon remains under a blanket of smoke and haze, thanks to a number of wildfires burning elsewhere in Oregon and in Canada. The Whitewater Fire has grown to 1,800 acres near Mt Jefferson, in the Willamette National Forest.

Crews also responded to a new fire off Highway 20, between Bend and Burns, Wednesday afternoon. The Cinder Butte Fire (pictured) was first reported at 1 p.m. and by Wednesday night it had grown to 10,000 acres. By Thursday morning, fire managers estimated the wind-driven fire had scorched 25,000 acres of dry grass, brush and juniper. Highway 20 was closed intermittently Wednesday due to the blaze. As of Thursday morning, the highway was open.
In British Columbia, more than 135 wildfires have burned nearly a million acres, sending smoke into much of the Pacific Northwest.
Those with sensitive respiratory systems are encouraged to stay indoors with windows closed, if possible, to minimize exposure to smoke.
THURSDAY AFTERNOON UPDATE:  Fire managers say the Whitewater Fire has grown to over 4,500 acres due to rising temperatures and low relative humidity. The Cinder Butte Fire is now estimated at about 56,000 acres. 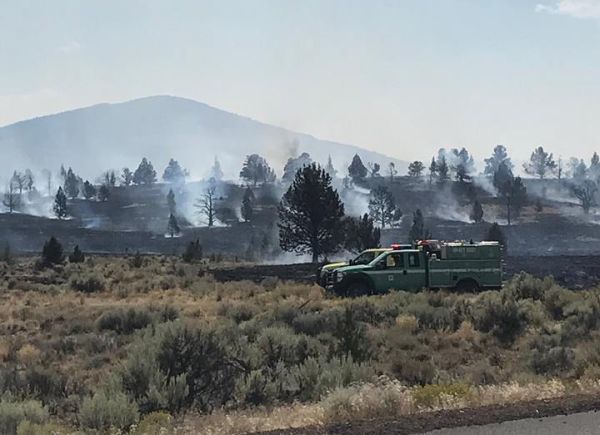 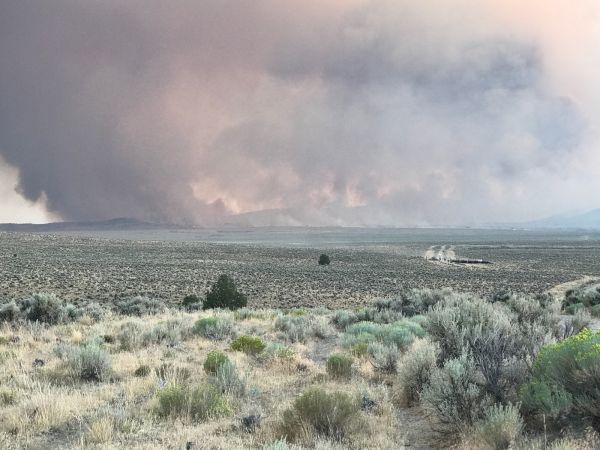