TERREBONNE, OR -- A 49-year-old Bend man is accused of driving under the influence of alcohol and marijuana, which the Sheriff’s Office says led to a Wednesday night crash.

Robert Cole failed to negotiate curves on Northwest Way near Terrebonne and hit a telephone pole and a rock pile on the side of the road, just before 8:30 p.m. He walked away from the scene before deputies arrived but was found in a nearby pasture with the help of a Bend Police K-9 unit.

Cole was hurt and was taken to the hospital with non-life threatening injuries after his arrest. 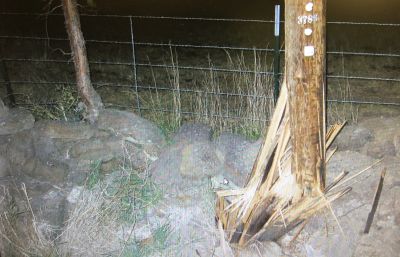