SISTERS, OR -- Poor air quality is expected to continue, at least through Wednesday; smoke from the Milli Fire has created hazardous air quality in Sisters and the DEQ says it's unhealthy in Bend. The smoke caused significant visibility issues Tuesday, and firefighting aircraft were grounded most of the day. However, fire managers say smoke also hindered the fire's growth and it held at just over 11,000 acres. It was 23% contained as of Tuesday evening.

Evacuation orders remain in place for a number of Sisters-area subdivisions, including Crossroads, Edgington/Remuda and Wildwing. The Red Cross is managing a shelter at Sisters Middle School for those forced out of their homes, and the Salvation Army is providing meals to evacuees. Captain Michael Johnson, with the Salvation Army, says they’re trying to maintain a positive atmosphere. "We’re also making sure the Red Cross volunteers have something to eat. We brought some toys for the kids who are in the shelter – some games and some toys for them to play with. We’ve also given away some school supplies." They’ve even had a few pick-up basketball games in the middle school gym. "The parents are very grateful that their kids are being distracted a little bit and they’re very appreciative of the meals and all everybody’s doing to make this as good as we can make it for them."
Capt. Johnson tells KBND News about a dozen people are staying inside the shelter; other evacuees parked RV’s nearby and are also utilizing Red Cross and Salvation Army services. "The Red Cross is doing a great job of being encouraging and being accommodating and people are very grateful. It’s been good to be able to talk with people and encourage people. The atmosphere is actually really good." He says the Level 1 pre-evacuation notice issued earlier this week for Black Butte Ranch was discouraging because many thought firefighters were making progress.
The Sisters School District has delayed the start of school by one day, partly due to the poor air quality. First through 9th grades will begin next Tuesday, Aug. 29; 10th through 12th grades will start Wednesday, Aug. 30. 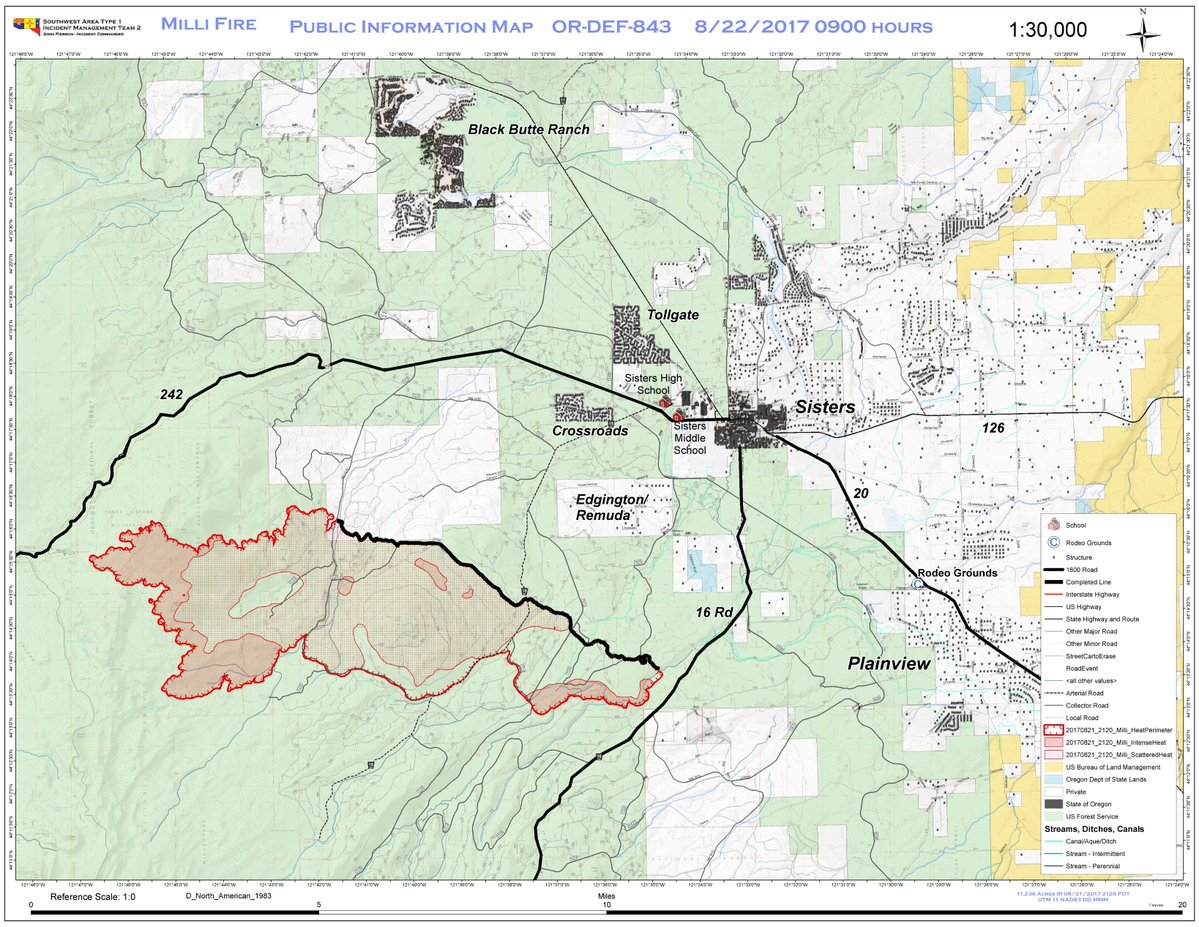