LA PINE, OR -- A California woman was killed in a Friday afternoon crash north of La Pine. According to Oregon State Police, 58-year-old Pamela Vanworth, of Klamath Falls, was speeding southbound on Highway 97 at around 3:30 p.m. when she lost control while passing numerous vehicles. She crashed into an ODOT incident response pickup driven by John Benson, of Redmond. 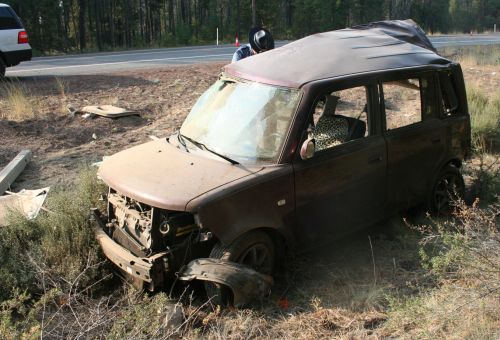 Benson was treated at the hospital for minor injuries and released. Vanworth went to the Intensive Care Unit at St. Charles Bend.  Her passenger, from Bakersfield California, was pronounced dead at the scene.
Read All