BEND, OR -- Central Oregon LandWatch has launched an initiative aimed at improving Bend's Central District. The group believes the district - bordered by Revere Avenue, 4th Street and the railroad - has too few family-friendly opportunities.

Moey Newbold, with LandWatch, says the "BCD Initiative" will help achieve the City's goal to transition the area from industrial to a more urban neighborhood. "This was an opportunity area in Bend's Urban Growth Boundary that was actually rezoned to Mixed Employment and it has its own overlay district for code to have the opportunities that the City has on the Westside but definitely have their own flavor and be accessible to Mid-Town residents and East-siders." 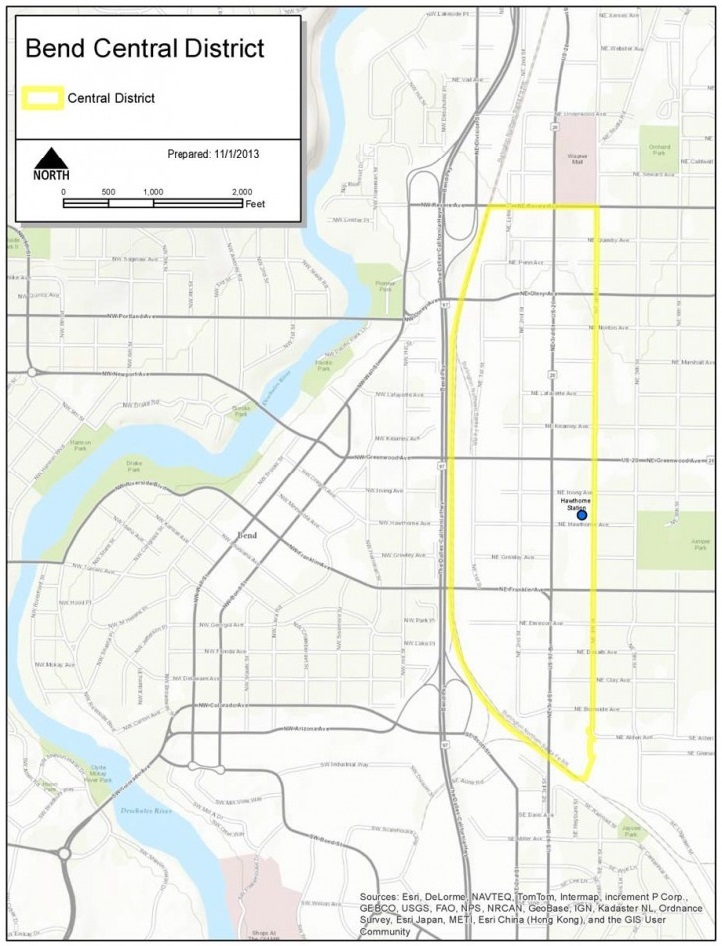 The group is looking for opportunities to create a walkable, bikeable community that safely connects East and West Bend, and Newbold says, "It's focusing on this area that's just East of Downtown, and improving the ways that Eastside residents can access Downtown, whether they're walking or biking or driving. You know, local, and building on what's already there with the Maker's District, and just giving those opportunities for new different types of uses."
The BCD Initiative was crafted by a group of planners, transportation engineers, urban designers, and architects in an attempt to provide a community vision for the area and Newbold says that though this area of Bend isn't particularly family-friendly, it has a lot of promise. "Most of the land in this area is pretty underdeveloped, and so some of the ideas that we've had [is] to connect East and West Bend, so we feel like if the City could improve that atmosphere, there's a real potential for people to live super close to Downtown."
The Bend Central District has historically been a place for people with strong ties to the industries that built Bend, and the BCD initiative wants to celebrate that spirit in a new way.
Read All