MADRAS, OR -- The man accused of robbing a Madras U.S. Bank, just after the August 21 solar eclipse has also been indicted on federal drug charges, along with his father. Jefferson County Sheriff's Deputies arrested 28-year-old Tyler Fuller August 24 after he was identified as a suspect in the robbery.

Fuller's father, 48-year-old Ronald Thrasher, was arrested in May on a number of drug charges, following a two-month investigation by the Central Oregon Drug Enforcement (CODE) team. He was on parole at the time, for being a Felon in Possession of a Firearm. Details of the bust were released just a few days before the bank robbery. 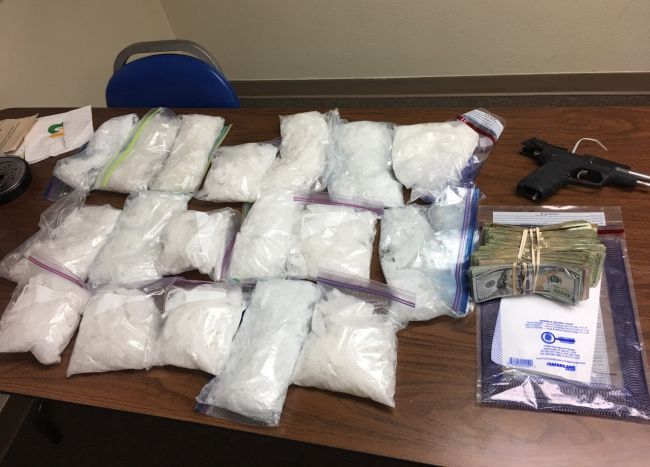 Thrasher and Fuller, along with Thrasher's girlfriend and another man, are suspected of being involved in a broader drug operation. According to court documents, investigators found 17 pounds of meth during the May search of a home Thrasher rented in Madras. He and Fuller are charged with Conspiracy to Possess with Intent to Distribute 50 grams of meth. Both men remain in federal custody.

Fuller is due in federal court in Eugene October 23 for the bank robbery case. Thrasher faces a 10-year mandatory minimum sentence and a $4 million fine on the drug charges, if convicted.
Read All