REDMOND, OR -- Redmond Police say they have finally tracked down a man they believe stole an ATV, this summer. Earlier this month, a person came forward saying 25-year-old Tyler Shinkle, of Prineville, was responsible for the August 24 theft.

Shinkle was already at the Jefferson County jail for an unrelated case and now faces additional charges. Redmond Police say the ATV (below) has not been recovered and they hope the public will again help by providing leads. Anyone with information on its whereabout is asked to call Redmond PD or Crime Stoppers. 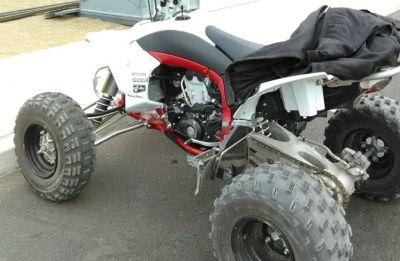