BEND, OR -- A Bend man died in a crash on Highway 20 just east of Bend, Wednesday morning. According to The preliminary investigation, 48-year-old Mark Price attempted to turn left onto Hamby Road at about 9:30 a.m. But, State Police say he turned his van directly into the path of a GMC truck. The two vehicles collided and Price was killed.

The other driver, 59-year-old Michael Deleone of Redmond, was not hurt. Police say he is not suspected of any wrongdoing and he is cooperating with investigators.
Travel on Highway 20 was impacted for four hours to allow for the investigation. 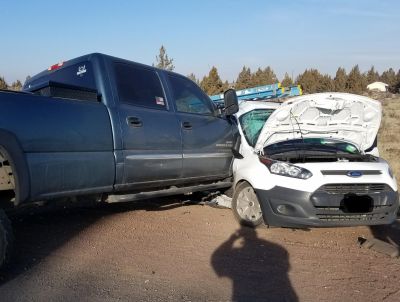