BEND, OR -- The Deschutes National Forest is receiving more calls from outdoor enthusiasts concerned about target shooting on public lands. Jean Nelson Dean, with the Forest Service, says it’s likely due to the rise in the number of visitors, "We’ve had these increases of recreational use over the past three years, like 15-20% growth. They’re going into some areas where traditionally there was a lot of target shooting and they’re hearing that, and they’re not quite aware that that’s a legal activity on public lands." She adds, "Primarily where we’re seeing some of this conflict the most is around Horse Butte and Coyote Butte here, close to Bend, and then some areas around Sisters where you’re seeing a lot more trail use."

Target shooting is allowed in the National Forest, but Nelson Dean says there are established safety guidelines that must be followed. "They need to know the caliber of their gun, they need to understand how far it’s going to travel, they need to make sure they have a solid backstop, they need to shoot at targets, not appliances and those kinds of things; and people need to also be aware it’s illegal to shoot at natural objects like trees." It's also not safe to shoot at rocks because of the ricochet danger. She tells KBND News, "We’re just trying to remind folks to do it safely, to pick up after yourself and watch out for other people recreating on public lands."
For our full conversation with Jean Nelson Dean, visit our Podcast Page or click HERE. 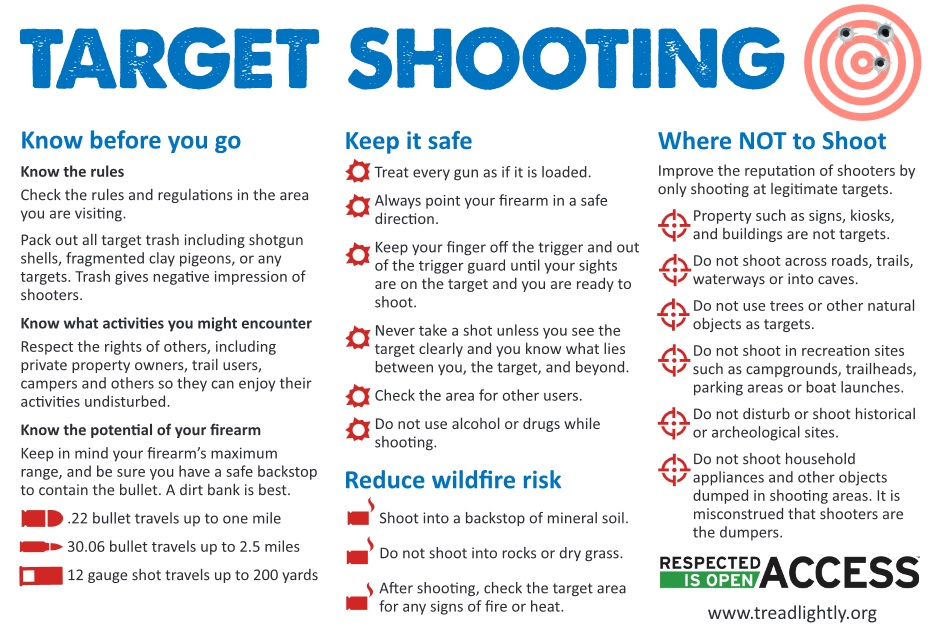