BEND, OR --A wrong-way driver is blamed for a head-on collision on the Bend Parkway, Thursday night. Several witnesses reported seeing a pickup speeding north in the southbound lanes, near Hawthorne, just before midnight. 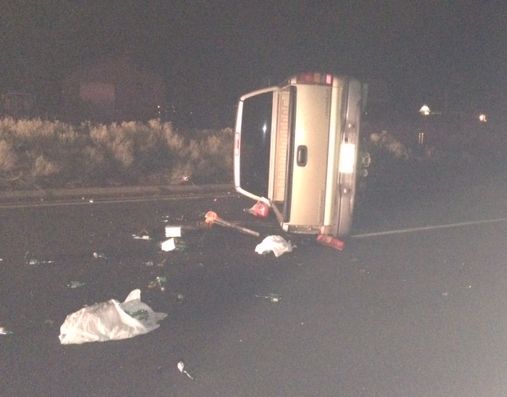 Just as Bend officers were dispatched, a Deschutes County Sergeant reported being hit head-on, near Empire. Officers arrested 59-year-old Robert Hughes for Reckless Driving and Driving under the Influence, among other charges. He was not hurt, but the Sheriff's Sergeant was taken to the hospital with non-life threatening injuries.
The Parkway was closed for about two hours overnight for that investigation.
UPDATE: Bend Police have released the name of the DCSO Sergeant involved in the crash, at the request of the Sheriff's Office. Sgt. Grant Johnstone has been released from the hospital where he received treatment for his injuries.
Read All