REDMOND, OR -- The driver of a semi was arrested on several charges, Friday morning, after a downtown Redmond crash that left the driver of a passenger car with minor injuries. 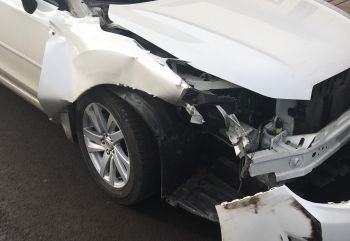 Investigators say 26-year-old Arturo Lopez exhibited signs of impairment consistent with recent marijuana use, following the crash near SW 5th and Deschutes Ave. They also found a small amount of pot in his possession. The Arizona man faces charges of Reckless Driving, Reckless Endangering and DUII.

Redmond Police impounded the truck and trailer because his passenger also appeared to be under the influence of marijuana.