SUNRIVER, OR -- Sunriver Police and Deschutes County Search and Rescue helped track down an intoxicated man from Eugene, who ran from a Sunriver home in only shorts and a t-shirt, early Sunday. 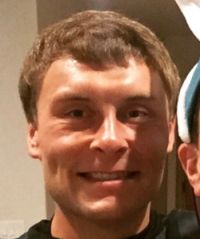 The 32-year-old had been in a hot tub and wasn’t wearing shoes when he took off around 2 a.m. After a four-hour search, Nate Johnson was found outside another house calling for help and suffering from exposure.

He was treated and released by medics to the custody of his friends.