LA PINE, OR -- Bend Police believe they’ve found the man responsible for several recent construction site thefts. Detectives began looking into the thefts at various locations in early January. The items stolen ranged from power tools and hand tools, to utility trailers. They identified 46-year-old Jason Girod as a person of interest and obtained a search warrant for his home in La Pine. Girod was contacted this week during a traffic stop. 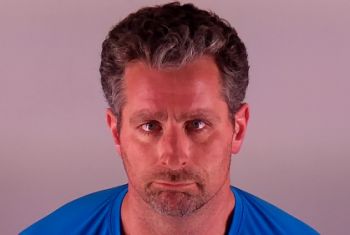 Officers say during the stop, Wednesday morning, they found drugs in his pickup and stolen property inside the trailer that was in tow. They determined that trailer was legally owned by the suspect. Also in the pickup, police found over four grams of methamphetamine.
During the subsequent search of his property on Green Forest Road, investigators recovered over $15,000 in stolen tools, as well as two stolen utility trailers. Recovered property appears to have been from four different construction site thefts; one of which occurred in La Pine the night before the search. Detectives are working to match items with owners and incidents.
Girod faces numerous theft and drug charges. His passenger at the time of the stop - 47-year-old Steven Mock of Bend - is also charged with theft and meth possession.
Read All