REDMOND, OR -- Voting opens Tuesday for a competition that could net the city of Redmond thousands of dollars for a park project. Baker Park is the only location east of the Cascades competing for funds provided by the Portland Trail Blazers Moda Assist Program.

For every on-court assist made during Trail Blazers games, a joint $10 donation from Moda and the Blazers is made to the Trail Blazers Foundation to fund a park project. This year, Redmond's Baker Park is competing against a park in Gresham and one in Dallas, Oregon for the money. The location receiving the most fan votes by March 19 wins the grant. Click HERE to vote. 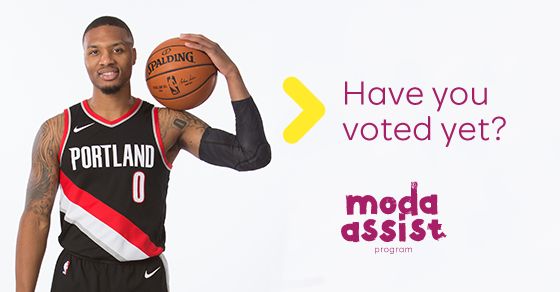 Annie McVay, Redmond Parks and Facilities Division Manager issued a statement Tuesday, saying, "We are very excited to have Baker Park's renovation project in the running for the Trail Blazers Assist Program." She went on to say, "It's going to take voting by park supporters throughout Central Oregon to win. The funding would kickstart needed updating of one our oldest parks."

This is the fifth consecutive year the program will help pay for and install all-abilities playground equipment at select parks in the state. Previous winning cities include La Grande and Medford. To date, the program has generated more than $73,000 over its multi-year history.