REDMOND, OR -- Redmond Police arrested a man they suspect is responsible for several recent pursuits. Officers responded to a report of suspicious activity at the Ridgemont Apartments parking lot, on SW Canyon Drive, Tuesday morning. They say Brandon Berrett (pictured, left) initially gave a fake name, but officers determined his identity and he was arrested on an outstanding Parole Violation warrant.

At the time of his arrest, authorities say the 32-year-old Redmond man had meth, drug paraphernalia, $200 in cash and a collapsible baton - which is illegal given his status as a convicted felon. Berrett is also wanted for several recent police chases, including one near Sisters on February second. 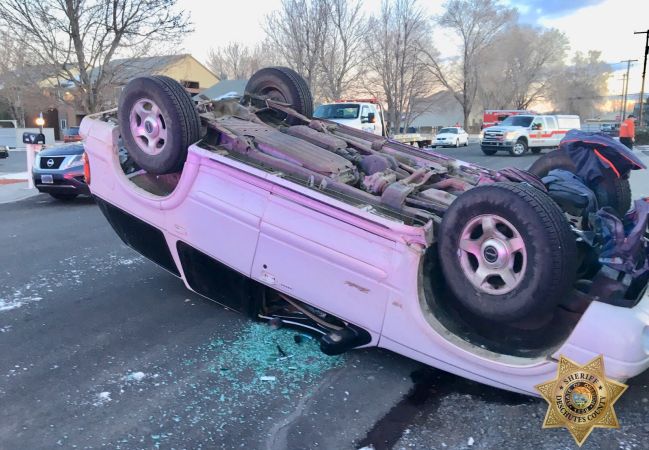 And, investigators suspect he's connected to an incident Monday evening that led to the arrest of 25-year-old Randy Lee Cooper (pictured above, right), wanted for an outstanding felony warrant. In that case, the Deschutes County Sheriff's Office Street Crimes Unit was watching a vehicle associated with Cooper, on SW 19th Street. Detectives approached him on foot at about 5 p.m. Monday; they say he ran back to the Ford Explorer, backed up quickly and jerked the wheel. The car struck the curb and rolled. Cooper climbed through a broken window and allegedly ran from the scene. He was apprehended by a Detective while trying to jump over a fence. Police say they later found a loaded .22 caliber revolver in the Explorer. Cooper faces numerous charges stemming from that incident, including trespassing, meth possession and felon in possession of a firearm.
Read All