LA PINE, OR -- The American Legion Post 45 in La Pine was broken into, early Wednesday morning, and the Deschutes County Sheriff's Office is asking for the public's help in identifying a suspect.

Deputies responded at about 5:30 a.m. and found that someone had forced their way into the building and took alcohol and a safe with cash inside. Based on video surveillance, investigators believe the burglary occurred around 4:20 a.m.

The suspect can be seen on the video wearing a black stocking hat with white snowflakes, a dark colored jacket and gray pants with a vertical black stripe; he was carrying an Easton-brand bag. 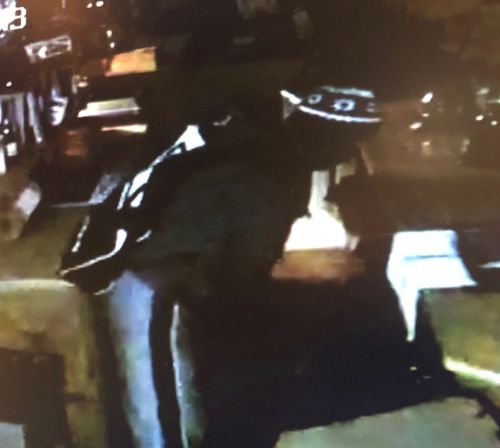 Anyone with information is asked to call the Sheriff’s Office through non-emergency dispatch, at 541-693-6911.
Read All