BEND, OR -- The former boyfriend of a missing woman was hospitalized Sunday night after an apparent suicide attempt at the Deschutes County Jail. The Sheriff’s Office says Bryan Penner was found by another inmate, who alerted Corrections staff, at about 8:40 p.m. Deputies and nursing staff provided life-saving efforts, which continued until medics arrived to transport him to St. Charles Bend. His current condition was not available, as of early Monday morning.

Sheriff Shane Nelson released a statement early Monday morning, saying, "Our office takes these investigations seriously. I have requested the Oregon State Police lead this investigation, assisted by the Deschutes County Major Incident Team."
Penner is a person of interest in the disappearance of Sara Gomez - reported missing February 19. He was arrested February 22 for allegedly violating a restraining order she had against him. He's scheduled to appear in court April 12. The District Attorney has said he believes Penner was the last to see Gomez alive.
UPDATE: Deschutes County D.A. John Hummel confirms Bryan Penner died at 8:11 a.m. Monday at St. Charles Medical Center Bend. The cause of death was determined to be suicide by asphyxiation. Hummel says the investigation into his death is underway by Central Oregon's Tri-County Major Incident Team, led by Oregon State Police.
Hummel said in a statement, "Without the heroic efforts of Deschutes County Sheriff's Office Corrections Deputies, a Corrections Nurse, and Emergency Medical Technicians from the Bend Fire Department, Penner would have died last night at the jail. The focused competent and heroic efforts of this team of dedicated and professional public servants gave Penner a fighting chance for life."
Corrections Capt. Michael Shults said, "Penner has been in the jail since February 22nd and showed no signs of being suicidal or having suicidal ideations. After being evaluated by Sheriff's Office mental health professionals, he was housed in a dorm setting. Penner has been in the jail on ten occasions since 2007, most recently from December 11th, 2017 through January 6th, 2018, and has never shown any signs or indications of being a suicide risk."
Hummel adds, "Unfortunately, as the search for Sarah [sic] extended from hours, to days, to weeks, it became obvious we are searching for her body and she will not be found alive. With Penner's passing, our chances of quickly finding Sarah [sic] plummeted. I encourage everyone in Deschutes County to report to law enforcement any suspicious tire tracks, earthen mounds, or other potential evidence they might see on their property." 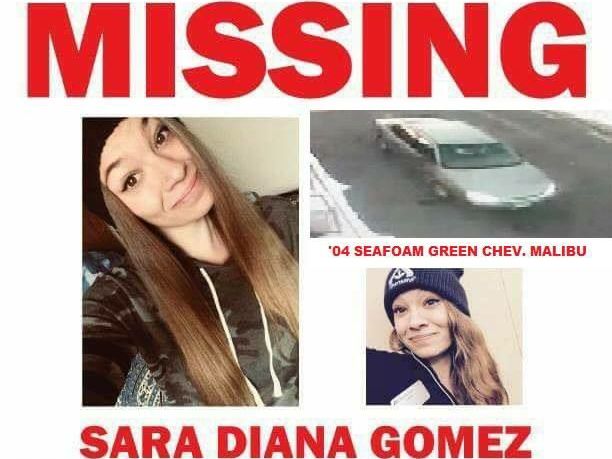