LA PINE, OR -- Deschutes County deputies are searching for a man they say ran from a traffic stop and crashed his car into a La Pine house, Sunday night. A deputy tried to pull over a 1995 Jeep Grand Cherokee for failing to signal a turn, just before 11 p.m. He also noted the driver appeared to be trying to avoid being seen, when he passed the patrol car.

After the deputy activated his overhead lights, the driver took off northbound on Day Road, then east onto Sunset Lane. The suspect vehicle then struck a house, causing minor damage. The driver then jumped out of the car and ran north.

Despite tracking him for a short distance, deputies were unable to locate the driver. Based on evidence left at the scene, officials believe the suspect is 42-year-old Jason Walter of La Pine. He's now wanted for Attempt to Elude, Hit and Run and Criminal Mischief. Anyone with information on his whereabouts is asked to call nonemergency dispatch at 541-693-6911 (case # 18-71560). 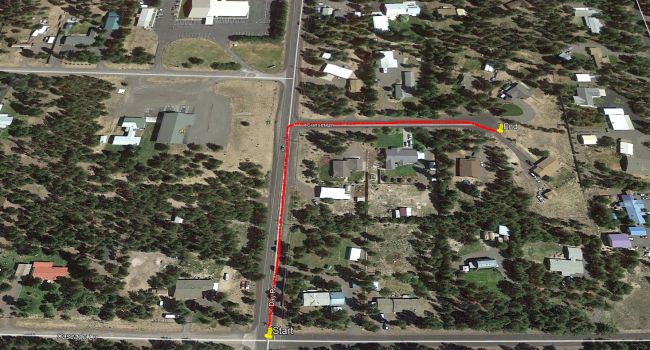