TERREBONNE, OR -- Three climbers at Smith Rock were rescued Tuesday night after their rappelling rope became stuck, forcing them to wait for help on a rock ledge about 250 feet above the trail. The men, 24-year-old Alex Chmiel and 34-year-old Stewart Reiswig, both from Portland and 24-year-old Connor Enos from Montana, had sufficient food and clothing for the weather but were unable to descend from their position.

Chmiel called 911 just after 8:30 pm, and Deschutes County Search and Rescue responded to the “Wherever I May Roam” climbing route. The Mountain Rescue Team used high angle rescue gear and rope systems to climb down to the stranded men. 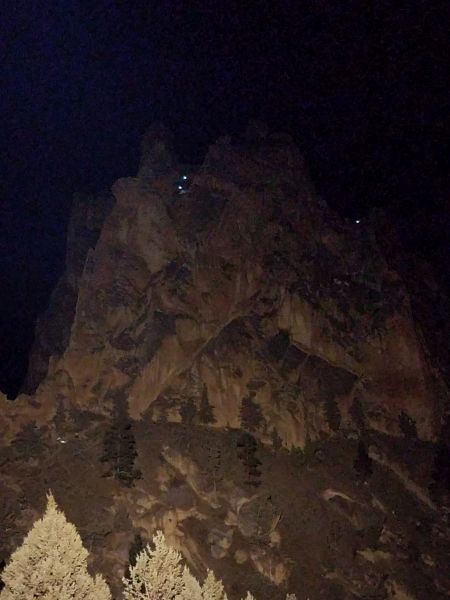 DCSO says the men were experienced climbers but not familiar with the route they were on, which led them to choose the incorrect descent route.


There were no injuries, but the Sheriff’s Office says the rescue was prolonged due to the nighttime conditions, and wasn’t complete until about 2:40 a.m.
Read All