REDMOND, OR -- A Redmond restaurant is closed for repairs after a car crashed into the building, Wednesday morning. Redmond Police say an 80-year-old driver failed to stop for a red light, just after 10 a.m.; the BMW SUV was hit by a westbound Lincoln SUV that had the right of way. The collision caused the BMW to spin into the Chan's Chinese restaurant at the corner of SW Sixth and Glacier.

Neither driver was hurt and there were no customers in the building at the time, but the crash caused significant damage. The restaurant may reopen soon for take-out, but dine-in customers won't be allowed until repairs are made. 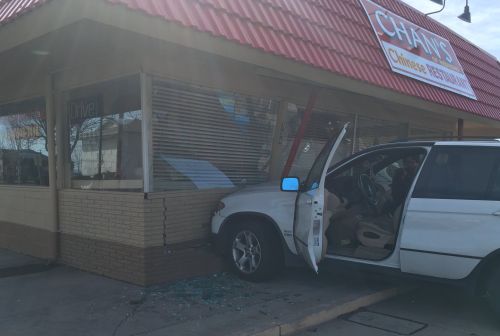