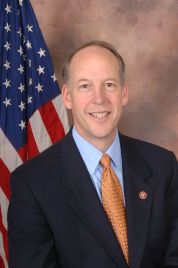 In a gesture to demonstrate the willingness of the new Republican Majority in Congress to reach across the aisle, Transition Team Chair Greg Walden has asked two Democrats to join the Transition Team in a limited capacity.   "Frankly, I reached out with the support of Boehner and Mr. Kantor. I said I really think it’s important on a lot of the daily activities here that we include Democrats in helping reform how Congress operates. Because a lot of what we complain about affects members, regardless of party and so the day after the election we quietly reached out to the Speaker’s Office to suggest this. We realized they aren't going to write our rules, they're not going to run our conference, but there are things we want input on." Walden, appearing on today's Lars Larson Program says Robert Brady of Pennsylvania and Robert Andrews of New Jersey will be included in discussions during the transition. Walden says they already have a whole list of questions that they hope will help make the congress a more efficient body.