BEND, OR -- Bend Parks and Rec is looking to grow Big Sky Park and the Luke Damon Sports Complex, east of Bend.  Perry Brooks, with the parks district, says the expansion will include at least 250 more parking spaces and a secondary entrance, "The parking is really needed out there, we have a serious parking problem when we have tournaments out there at the park, and having a second entrance off Hamby will hopefully ease some of the congestion inside the park." 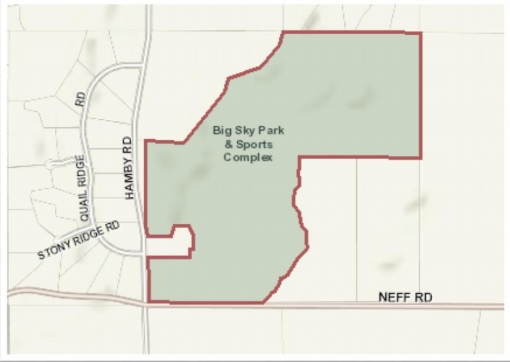 There are also plans for an off-road cycling facility, "Which includes slope style, a trials area, a Strider Course for little kids, some skills course for bettering your mountain biking skills, and about 3.5 miles of single track and double track in the north part of the site," Brooks tells KBND News, "It will allow people to go off-road cycling for the majority of the year, due to it's that far east and probably doesn't get as much snow."
A public hearing will be held Tuesday on the plan to expand the park into land designated as Exclusive Farm Use (EFU). That meeting starts at 6 p.m. at the Deschutes County Services building (1300 NW Wall, Bend).
Read All