BEND, OR -- An Oregon City woman was rescued from the summit of Broken Top after she was hurt during a fall. The 29-year-old reportedly lost her footing when she unintentionally went off-trail. Sarah Rask grabbed a boulder with both hands, to stabilize herself, but the rock gave way and she fell about 25 feet. During the fall, the rock rolled over her and down the mountain. 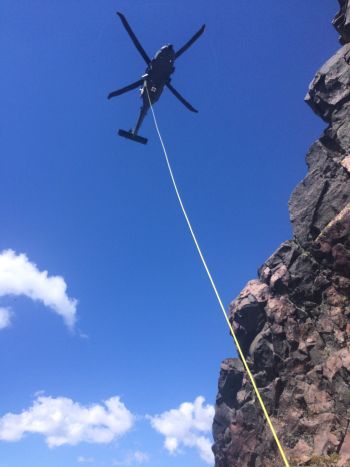 Callers to 911 reported she sustained significant injuries and was in a precarious position near a 60 to 70-foot cliff. More than a dozen Deschutes County Search and rescue volunteers responded, along with a National Guard Blackhawk helicopter.
Rask was stabilized and lifted off the mountain in a litter, via hoist, then immediately flown to St. Charles Bend.
Read All