LA PINE, OR -- A 77-year-old La Pine man was seriously hurt Thursday, when he was struck by a car while crossing Highway 97 at Huntington Road. As of Friday morning, Harold Headrick was listed in fair condition at St. Charles Bend.

Sgt. William Bailey, with the Deschutes County Sheriff's Office, says witnesses reported a woman, later identified as 53-year-old Sherif Barnes, was driving erratically. But, Deputies weren't able to catch up to her before she hit 77-year-old Harold Headrick as he crossed the highway at about 10:15 a.m. 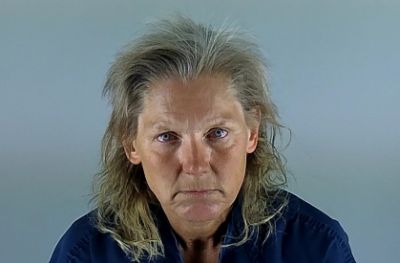 Sgt. Bailey tells KBND News, "Deputies arrived at the scene is less than a minute. So, first aid was quickly rendered, La Pine Fire was nearby and got there quick, and then he was transported to St. Charles; so he's been given a great opportunity to recover from this incident, but he probably does have a long road ahead." He says Barnes stayed at the scene during the investigation, "In this case, Deputies felt that she was impaired to a noticeable and perceptible degree, so [they] took her into custody for the DUII charge. Because of Mr. Headrick's level of injury, she was charged with Assault II and additionally she was charged with possession of Methamphetamine at the felony level." She's also accused of Reckless Driving and Reckless Endangering.

Barnes is scheduled to be arraigned Friday afternoon.