TERREBONNE, OR -- A California man was hurt while rock climbing at Smith Rock State Park, prompting a search and rescue operation, Wednesday.

The 48-year-year old and a friend were reportedly attempting to create a new climbing route near Monkey Face when a climbing rope caught a rock. The plate-sized rock, estimated at 2-3" thick, broke loose and hit the man in the head. Redmond Fire and Deschutes County Search and Rescue used a steep angle litter rescue then wheeled him out of the park. 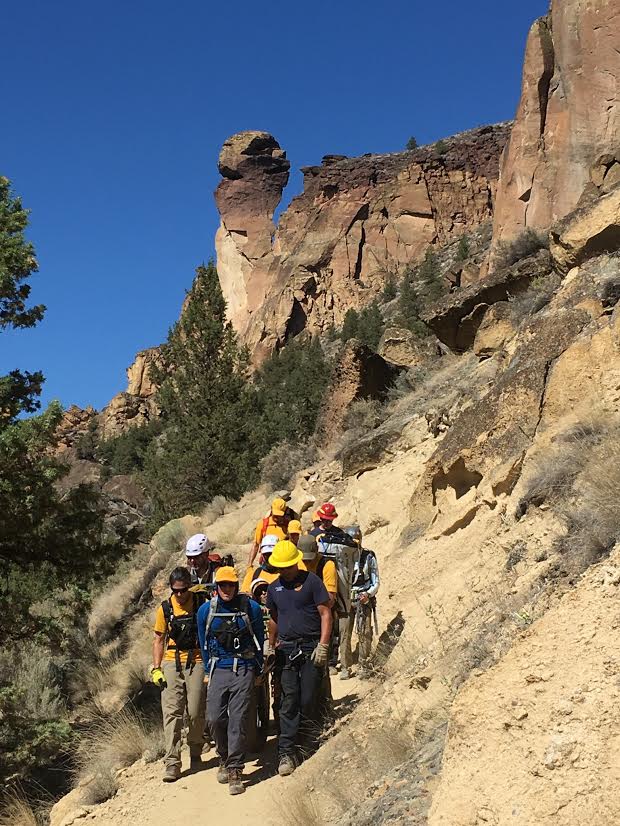 He was taken to the hospital with non-life threatening injuries.