BEND, OR -- People who live and work near NE Empire Avenue had a chance to ask questions, Monday, about an upcoming construction project expected to tie of traffic in the area for years. The city of Bend hosted two open house events to help educate residents about the Empire Corridor Improvement Project. 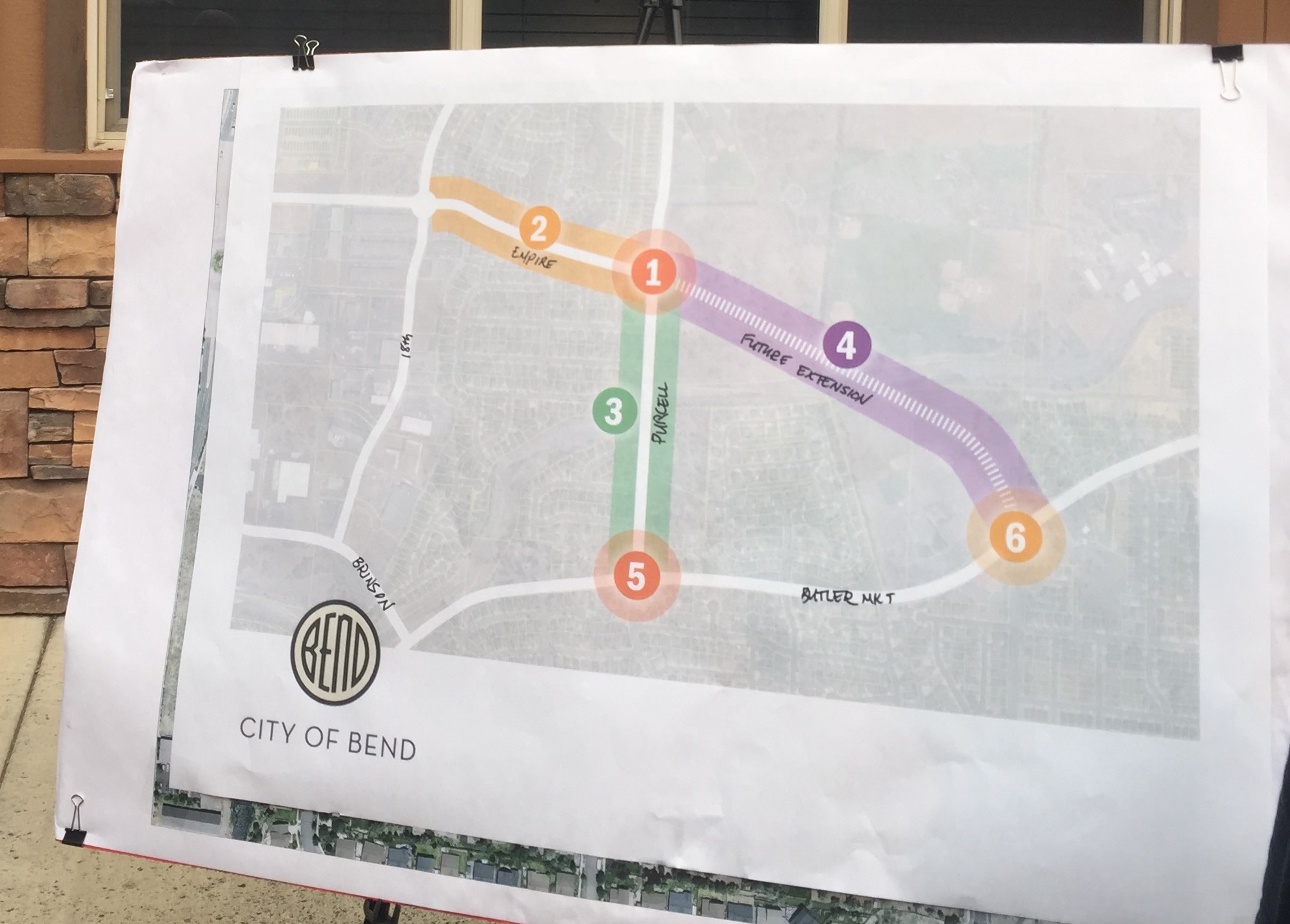 Beth Hoover, who represents her neighborhood association, is hopeful this construction project will create solutions. But, she's worried about the unintended ramifications, "My biggest issue with this whole project is Purcell doesn't go through, so it's going to funnel traffic into our neighborhood. So, we need the city to fix that issue." She says she and her neighbors are willing to tolerate the lengthy construction; but she hopes, in exchange, the city will address some of the other traffic issues in the area, "Our neighborhood advocated for a roundabout at Wells Acres and Butler Market, and instead, we're getting a pretty clunky intersection, and that's causing a lot of cut-through traffic into our neighborhood right now."
Bonnie Snyder has mixed feelings, "I'm glad that it's going to be done. I hope it's done in a timely fashion and it's not like the roundabout here [at 18th and Empire] that was way too long under construction. I mean, we need the improvements; that's for sure."
Eric and Melinda Parkes have lived in the area for about five years. He says they've been looking forward to this project for some time, "We think this is the right approach because it just makes sense from the sequencing of weather when projects can be done and what can easily be done now just to get going to make progress early." His wife adds, "We know how to get around. You just have to allow five or 10 minutes extra to get where you're going. It's just one of those necessary things. It's part of change. Bend is growing. They have to change the roads to accommodate."
And, Mike Whittle says he knows the construction process will be difficult, "It's going to be an issue until they get everything done. They'll have to do some little detours and other things, but that's okay." But, he tells KBND News, it'll be worth the hassle, in the end, "It's great for the future use. It's going to improve the traffic flow so much better after they get everything done in two years. Even the small section they're doing right now will benefit everybody."
Phase one begins September 9 with the several months-long closure of Empire between NE 18th and Purcell. Eventually, work will include a roundabout at Empire and Purcell, and reconstruction of the corridor between Purcell and 18th. By the time the project is done in 2021, Empire will meet up with 27th Street. 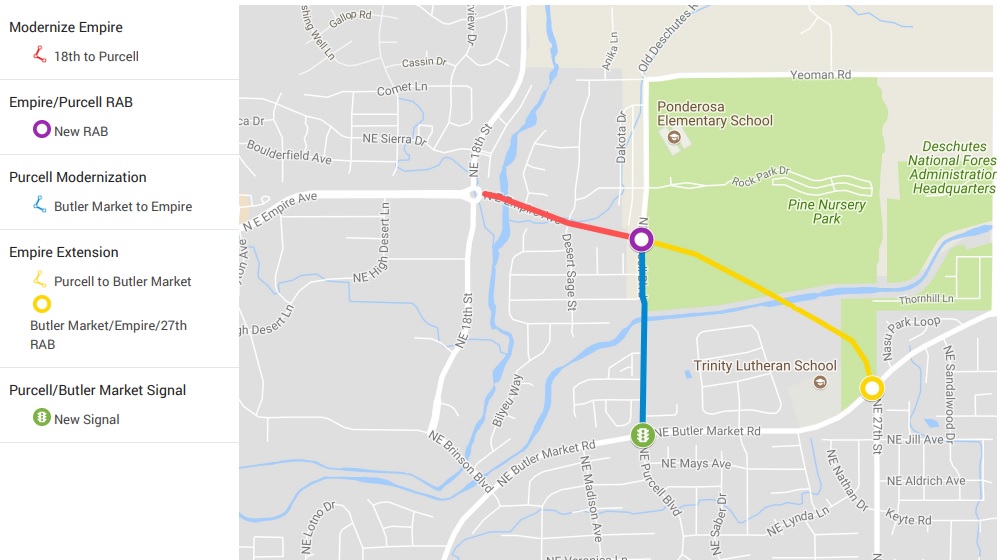