REDMOND, OR -- Krisanna Clark-Endicott is running for City Council in Redmond because she believes in public service and wants to serve her new community, "I'm excited about serving and about bringing great things to Redmond." She adds, "I think that, when you're an elected official, you should be supportive of your community. The way that you can really learn about the great things that are going on and the things that maybe could use some help, is be of service."

She's a fourth generation Oregonian and tells KBND News, "I used to be the Mayor of the city of Sherwood. I served two terms as the Mayor of the city of Sherwood, and two terms as a City Councilor." She met Redmond Mayor George Endicott at a Mayors' Conference and they were married in August of 2017. She and her children moved to Redmond a short time later, and she was eventually appointed to the Urban Area Planning Commission. Mayor Endicott is running for re-election in November, as well. 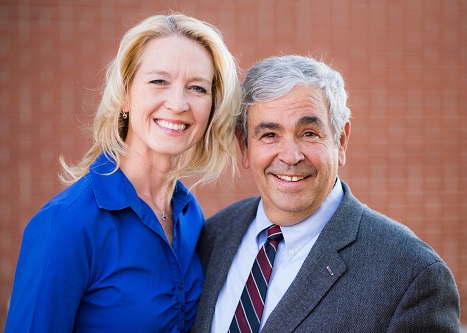 Some question whether the couple should serve together on Council, and not be a united voting bloc. She responds, "Do you know that I do not know one married couple that agrees on everything? So, I fully expect that Mayor Endicott and I will agree on some things and will disagree on other things." Clark-Endicott says she has her own ideas and feels called to the work, "I love to serve. It's been a passion of mine since I started in service. My late husband, Del, passed away and he was a City Councilor at the time, so I ran to replace him in his seat. But then I found that I actually love the work; and so, I feel that people who can serve, should serve, and that's why I'm running."

Clark-Endicott is one of four candidates running for Redmond City Council, along with Jon Bullock, Jay Patrick, and Josefina Riggs. The top three vote-getters will fill the open positions. The Central Oregon Association of Realtors will host a Redmond forum on Thursday, with the candidates for Council and Mayor. It starts at 1 p.m. at Geno's Italian Grill. For more on each candidate, visit KBND's Election 2018 page.