BEND, OR -- Bend Police are investigating an alleged assault and robbery reported in a viral social media post, Thursday. In a Facebook post that has been shared across the platform, a woman claims her mother was attacked by two men in a black van, near Shevlin Park. The post describes the suspects dressed in all black and says the victim reported the incident to police.

Investigators were made aware of the post Friday morning and are now looking in to the claim. They say, due to the ongoing nature of the investigation, they cannot release further details.

UPDATE (11/16/2018, 5 p.m.) -- Bend Police and the Sheriff's Office continue to investigate, and have determined an incident may have occurred near NW Shevlin Park Rd. And NW Chardonnay Ln.  Detectives interviewed the woman, conducted a scene investigation and analyzed potential evidence and say they do not have credible or substantiated information "to believe there is an active threat to the public." And, they do not believe either college campus is involved or connected, as mentioned in the Facebook post.

Bend Police ask that anyone living in the area of Shevlin Park Road and NW Chardonnay check surveillance cameras for suspicious activity or a large black van within the last 36 hours. Anyone with information in the case is asked to call Bend PD, and reference case #2018-356489. 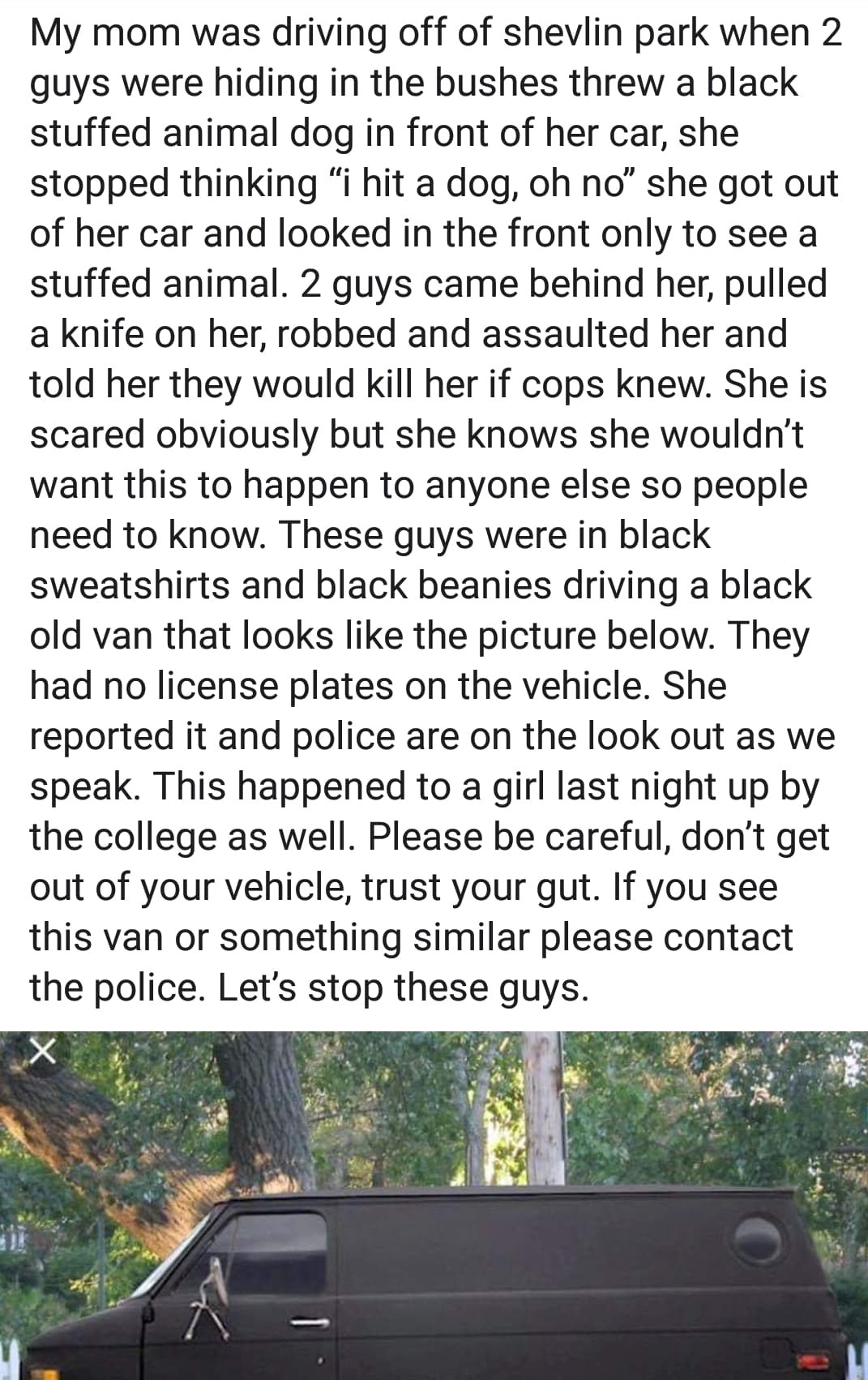